Slow but sure, RAV4 Hybrid fills a need 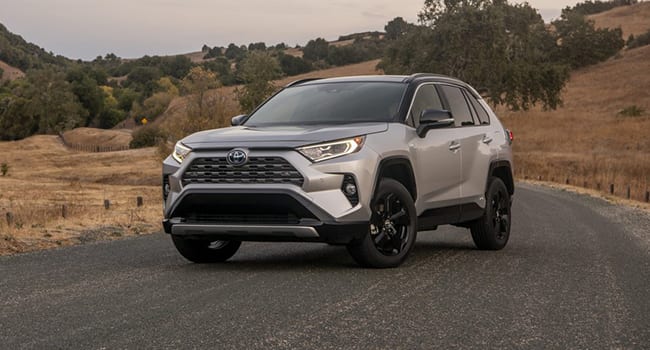 Hybrid engineering, once thought to be bridge technology, is stronger than ever. Sometimes it seems every other vehicle on the road is a hybrid of some kind.

And this includes SUVS – virtually all the major carmakers have something on offer. Volvo XC90, Mitsubishi Outlander, Hyundai Kona, Ford Escape, Subaru Crosstrek and others are available with hybrid drive trains.

And let’s not forget Toyota’s RAV4.

RAV4 was one of the first compact SUVs and really got the ball rolling in that market when it was introduced in 1994. Since then, Toyota has sold hundreds of thousands of the popular SUV and manufactures them in Woodstock, Ont., among other places.

For 2020, the RAV4 Hybrid is offered in four variations and comes in three trim levels.

Power is delivered by a 2.5-litre Atkinson cycle four-cylinder engine mated to Toyota’s hybrid Synergy electric drive train. The Atkinson cycle setup basically sustains valve lift long enough to get maximum combustion and fuel efficiency – at the cost of engine compression and power. It’s proven technology and is used throughout the industry.

In this configuration, the RAV4 Hybrid develops some 219 horsepower and the power train is mated to a continuously variable transmission (CVT). Again, this is with a view to fuel economy, with performance definitely taking a back seat.

The RAV4 Hybrid has all-wheel-drive and, among other things, a hill-holder assist, as well as traction control and a trailer stability feature. Until recently, towing a vehicle with a hybrid drive train was a non-starter, but that seems to have changed.

As you would expect from any Toyota, the RAV4 Hybrid is very driver-accessible and immensely driveable.

Inside, you’ll get around 70 cubic feet (1,977 litres) of cargo space with the back seat folded down. My tester, the XSE model, features a power rear tailgate. A non-hybrid RAV4 will give you slightly more cargo room. The reason for this is because the RAV4 Hybrid has some of its mechanical/electrical components under the rear seat, which doesn’t allow for a full fold-flat back deck. 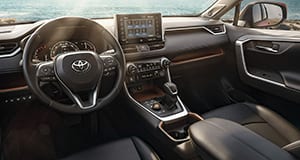 The 2020 Toyota RAV4 Hybrid is very driver-accessible and immensely driveable. Inside, you’ll get around 70 cubic feet (1,977 litres) of cargo space with the back seat folded down

It’s not a big deal, but if you plan on taking this one camping, you won’t be able to sleep in it with any degree of comfort. It also interferes with storage and you have to be kind of thoughtful when it comes to loading it up with gear. My standard test for cargo capacity – a set of acoustic drums – fits, no problem, but needs to be arranged so everything doesn’t slide to the back of the vehicle.

My other quibble with the RAV4 Hybrid is that unless you keep it in Sport mode, you’ll be holding up traffic. In Eco mode, it’s completely gutless, with feeble takeoff power and virtually no highway inertia.

Of course, as with any hybrid vehicle, performance isn’t really part of the equation. But in Eco mode, this one is slow and you have to keep your foot in it just to stay with traffic. I opted for Normal, which is adequate but hardly scintillating.

And that kind of defeats the purpose, it seems to me. Yes, the RAV4 gets decent fuel economy – 6.0 litres/100 km, combined rating – but it’s a snail. In Sport model, everything is fine but fuel economy goes out the window. By comparison, a non-hybrid RAV4 will return 9.0 litres/100 km.

My test XSE, at around $33,000 to start, is the second priciest trim level of the RAV4 Hybrid, whereas a non-hybrid RAV4 starts at about six grand less.

Is it worth the extra money?

But it’s still not difficult to see why Toyota sells so many RAV4s. It’s comfortable, driveable, reasonably roomy, thrifty and, with Toyota’s hybrid system having proven itself all over the world, reliable.

That, I suspect, is right at the top of the list of most buyers’ must-haves.

A direct call on a pocket phone from 100 years ago