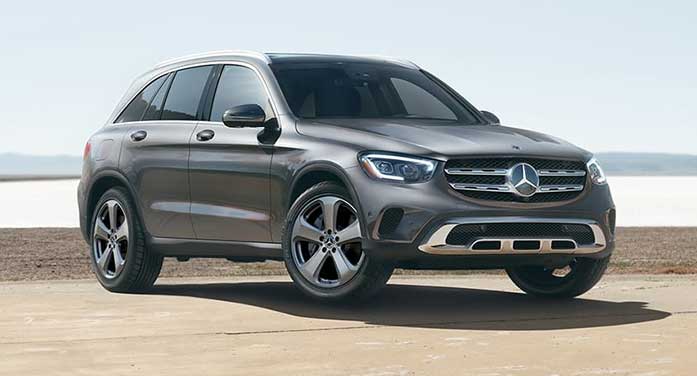 Aside from its higher price tag, what separates the GLC 300 from the rest of the herd is its performance. This is a lively, stable and road-hungry compact SUV

If you have any doubt about the dominance of SUVs in today’s market, look no further than Mercedes-Benz – by my count, they have no less than nine distinct models for your consideration in the 2021 model year.

That includes everything from the “entry-level” GLA to the Maybach GLS at just shy of $200,000. For a company synonymous with luxury and opulence, Mercedes has jumped into this market with both feet. Curiously, the company’s SUVs all begin with the letter G.

Somewhere in the middle is the 2021 GLC 300 4Matic, which can be had as a coupe or conventional SUV. I drove the latter.

Starting at a smidgeon under $50,000, the GLC300 is powered by a turbocharged 2.0-litre four-cylinder engine. Power output is 255 horsepower and 273 foot-pounds of torque. Transmission is a nine-speed automatic, and the GLC has all-wheel drive. According to the company, this setup will take the GLC 300 from a standing start to freeway speed in just over six seconds.

I have zero complaints regarding the drivetrain, except for the auto stop feature. Pretty much standard throughout the industry these days, this shuts the car off temporarily at stop lights and so on, and then restarts it when you take your foot off the brake. Apparently it’s a gas-saving and emissions-efficiency measure (although I’d like to see some data on just how much fuel is saved and emissions are held back over the lifetime of the car versus wear and tear on the starter and engine).

Auto stop seems to vary in execution from manufacturer to manufacturer. Some have mastered it – others, not so much. The GLC 300’s auto stop feature (technically called Eco Stop/Start) is a little rougher around the edges than I would expect from a company like Mercedes. When the car restarts itself, it does so rather abruptly and there’s a nano-second delay before the power comes back. That makes it kind of annoying, but I suppose one would get used to it eventually and it wouldn’t be a deal-breaker for me if I was in the market for this car.

Elsewhere, the GLC 300 seats five and has storage capacity of 1,600 litres (56.5 cubic feet) with the back seat folded down. By comparison, the Nissan Rogue is good for almost 2,100 litres, while the Toyota RAV4 will provide about 1,900 litres of storage. These are different market segments, I know, but these two are pretty much the standard of the compact/mid-size SUV market.

Cargo access is straightforward and you can lower the seat backs via a pair of handy bulkhead-mounted buttons in the back storage area. The GLC 300 also comes with a handy first-aid kit.

As as always with Mercedes-Benz products, the GLC is beautifully trimmed and finished. The interior is tasteful and you definitely feel like you’re behind the wheel of something upscale.

I have mixed feelings about the console-located stationary mouse and the radio controls are still less than perfect (why do so many manufacturers struggle with sound system controls these days?), but I suppose I could live with it.

Ditto with the door-mounted seat controls. Mercedes was the first company to implement this feature about 30 years ago and it’s now widely copied throughout the industry. It’s not my favourite arrangement but, again, that’s not a deal-breaker and more than compensated for by the comfort of the seats. 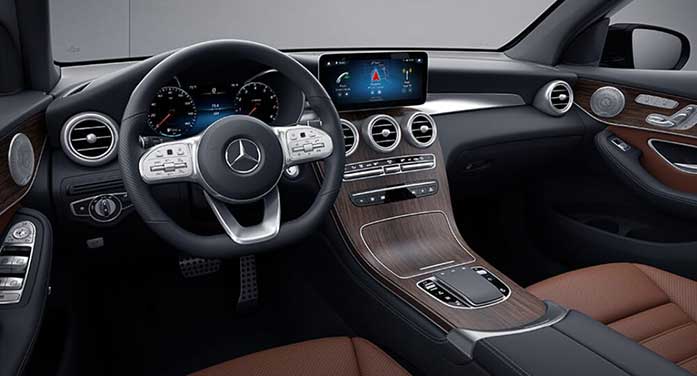 As always with Mercedes-Benz products, the GLC is beautifully trimmed and finished. The interior is tasteful and you definitely feel like you’re behind the wheel of something upscale

Aside from its higher price tag, what separates the GLC 300 from the rest of the herd is its performance. This is a lively, stable and road-hungry compact SUV that will surprise you with its cornering prowess, braking and acceleration. Not so long ago, zero-to-100 km/h in six seconds was considered high performance territory – Porsches, Corvettes and even Ferraris boasted acceleration times in this neighbourhood. Now it’s status quo, with family-hauling SUVs behaving like hotrods.

Why many leaders are lonely and what to do about it