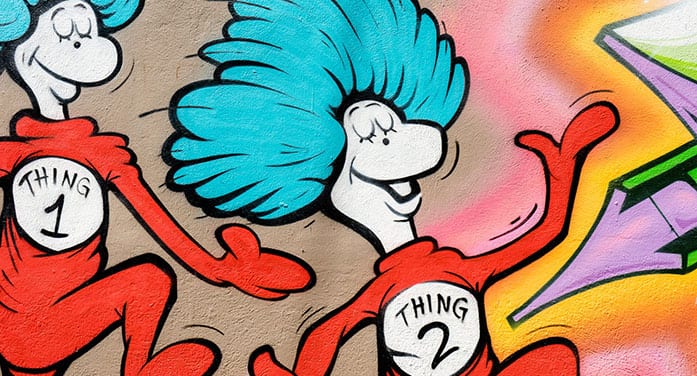 Theodor “Dr. Seuss” Geisel was one of the world’s most influential authors of children’s literature. The talented political cartoonist, illustrator and poet released over 60 memorable and beloved tales.

Those tales included The Cat in the Hat, How the Grinch Stole Christmas!, Yertle the Turtle and Other Stories, Bartholomew and the Oobleck, Green Eggs and Ham, and Horton Hears a Who!

Geisel’s books sold more than 600 million copies in over 20 languages during his lifetime. He won a special 1984 Pulitzer Prize, the Laura Ingalls Wilder Medal and the prestigious Lewis Carroll Shelf Award (twice). He received an Oscar and two Emmys. His work was adapted to the silver screen, television and the stage. And although he passed away in 1991, several books have been released posthumously.

Dr. Seuss Enterprises recently announced that six Dr. Seuss books would no longer be published: And to Think That I Saw It on Mulberry Street, If I Ran the Zoo, McElligot’s Pool, On Beyond Zebra!, Scrambled Eggs Super!, and The Cat’s Quizzer.

The organization revealed it worked with a “panel of experts, including educators” to review its entire catalogue. A decision was made last year that these six volumes “portray people in ways that are hurtful and wrong.”

“Ceasing sales of these books,” the March 2 statement noted, “is only part of our commitment and our broader plan to ensure Dr. Seuss Enterprises’s catalog represents and supports all communities and families.”

Dr. Seuss Enterprises succumbed to cancel culture by cancelling itself.

In fairness, Geisel’s work contains words and illustrations that are regarded today as either insensitive or racist.

Charles Cohen’s The Seuss, The Whole Seuss, and Nothing But the Seuss (2004) explores this difficult subject. He mentions a Nov. 16, 1952, essay in the New York Times Book Review written by Geisel about adults losing their sense of humour, but noted that “conspicuous by their absence … were Jews and blacks.” While acknowledging the likely reason was due to societal prejudice, “neither group was given such careful treatment earlier in his career.”

In one issue of the Jack-O-Lantern, a college humour magazine that Geisel contributed to and edited at Dartmouth College, he “poked fun” at both groups. One caption entitled “Nice Cohen” depicted a newly engaged couple – “both people with the prominent proboscises that would be understood to identify them as Jewish.” The other had two black boxers, “Highball Thompson” and “Kid Sambo,” with the description that the former prizefighter had beaten the latter “by a shade.”

And to Think That I Saw It on Mulberry Street (1937), for instance, has a caption of a stereotypical Asian male carrying eating utensils and depicted as “A Chinese man who eats with sticks.” If I Ran the Zoo (1950) includes a page with Asian-like “helpers who all wear their eyes at a slant” and another with unnamed black African tribesmen.

Then again, there are different sides to the author’s story.

While CNN published a grotesque piece on March 3 stating Geisel “had a long history of publishing racist and anti-Semitic work,” they completely ignored how his views evolved. A liberal Democrat, his Second World War cartoons fiercely opposed anti-Semitism and Nazi Germany. He strongly supported civil rights for blacks and minorities. In time, incendiary comments and images of Asians, Arabs and women disappeared, too.

Some critics chatter about the limited appeal of the six newly discontinued books, but ignore their existing impact. Two of his three Caldecott Honor Books are actually on this list, McElligot’s Pool and If I Ran the Zoo. The latter, in fact, is depicted in Seuss Landing, which contains attractions based on his books at Universal’s Islands of Adventure theme park in Orlando, Fla.

Accepting all of this as fact, the decision to erase Seussian history is nothing but fiction.

Geisel, like many others, was a product of his time. If you research items like older children’s books, fiction and non-fiction titles, comic strips, art and movies, you’ll find these insensitive and bigoted jabs – and much more.

This is what our predecessors and ancestors often confronted in society. They were participants, recipients – and, in some cases, both.

Ignoring, desensitizing or eliminating history, as some individuals and groups are attempting to do, is the wrong approach. Learning, engaging, explaining and preserving history will always have a more positive effect on our society.

You can only pick one of the four. The other three must go out the door.

I know which one I’m going to choose. It’s the one where we have the least to lose. 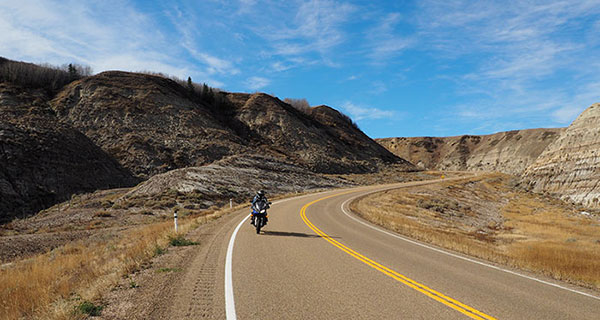 Get a little badass on two wheels in Alberta’s Badlands 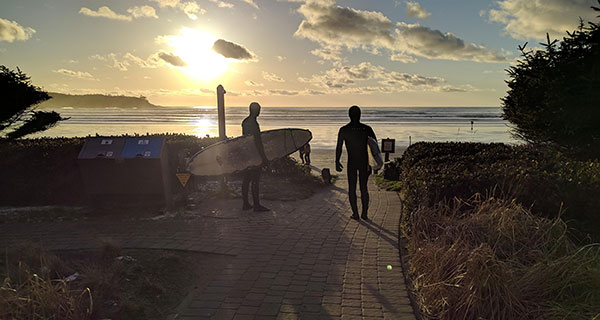 Off-season in Tofino is crowd-free fun