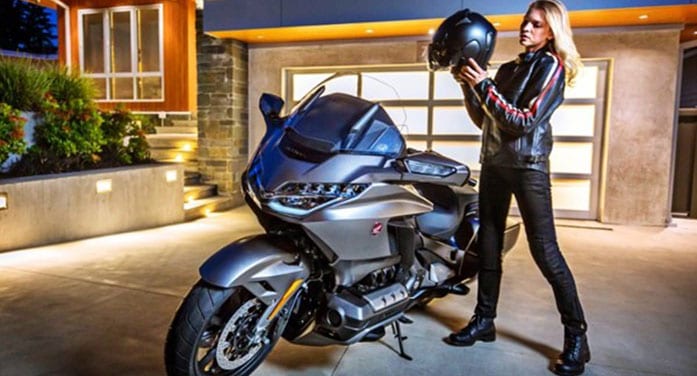 It’s time for a few odds and ends in the automobile business.

Acura has a new, fourth generation 2022 MDX set to go on sale later this month. The flagship SUV will feature a new exterior redesign that the company describes as “bold and athletic,” new front suspension and revamped interior layout, among other things.

Let’s just hope it’s easier to get along with behind the wheel than the current generation. Base price for the new MDX will be just over $56,000.

Honda also has a mildly freshened version of the Ridgeline ready to go. Scheduled to be in Canadian showrooms by the end of this month, the mid-size pickup will feature a redesigned body and a beefed-up box, as well as a “dual action” rear tailgate.

Honda has also breathed on its Goldwing touring motorcycle, with increased luggage capacity and enhanced passenger capacity: new seat and upgraded sound system, in other words. It joins a refreshed CRF300L dual-sport “specialist,” which receives more power via a larger displacement engine, as well as optional anti-lock braking.

Nissan recently announced that it’s continuing to explore alternate power sources and is embarking on a new battery reclamation project. In a nutshell, Nissan will be recycling lithium batteries from its Leaf models – and others – and reusing them, as opposed to throwing them in the nearest landfill.

Apparently the batteries – after being evaluated and refurbished – can be used in other applications, such as forklifts, industrial tools and around the home.

Nissan sees the recycled batteries being recharged via solar panels, for example, and being reused for less demanding duty. The company is calling this its Blue Switch Project and, in the long run, foresees the cost of vehicle ownership coming down as a result.

Nissan is also taking the wraps off a new Frontier pickup truck and Pathfinder SUV for the 2022 model year. Not too many details to report on these two, but they’ll be in showrooms by March, where they’ll join the eminently recyclable Rogue.

According to Nissan, the current generation of Rogue will recycle more aluminum components than ever – part of the company’s Green Program. The Frontier is also part of an ambitious program by Nissan to introduce 10 new models over the next 20 months. Not to mention being completely carbon neutral by 2050.

Over at Mazda, a new Turbo CX-30 is waiting in the wings and will be part of one of Mazda’s first virtual vehicle launches. Instead of assembling auto journalists in one place and taking the wraps off the car during a press conference, the company is rolling out the new model via Zoom.

Mitsubishi is set to unveil its latest iteration of the Outlander SUV and wrapped up testing recently. It’s to be released by the end of February and will feature a revamped all-wheel-drive system, among other things.

Ford recently announced that it’s still the top-selling automobile brand in Canada – for the 12th consecutive year. Describing 2020 as a “challenging” year for sales, Ford continues to dominate the pickup truck market, with the F-series truck continuing to be the best-selling pickup in the country – for the past 55 years.

And Ford and Google have tied the knot, along with Android. In the company’s words, “beginning in 2023, Ford and Lincoln vehicles at all price points will be powered by Android, with Google apps and services built in.” This includes Google Maps, Google Play and Google Assistant.

Subaru has recorded its best sales numbers ever in Canada. In the last quarter of 2020, for example, it sold just over 16,400 vehicles across the country. Leading the way was the Crosstrek.

Why people are becoming fed up with smug liberals

We shouldn’t be surprised by Trudeau-Ford meeting

Happiness rooted in relationships, not possessions