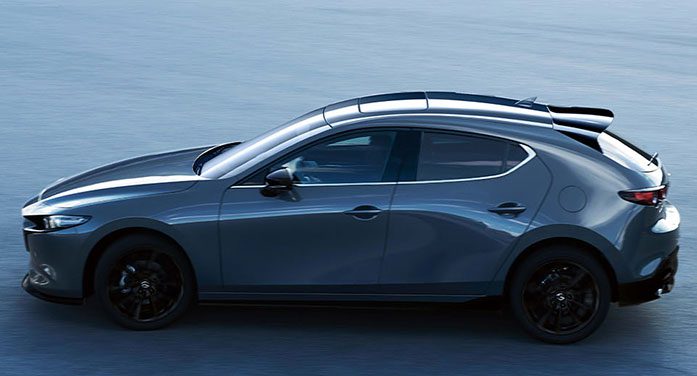 Refined and tweaked over the years, the Mazda3 remains true to its original concept and is a well-thought-out compact sedan/hatchback

The adage “If it ain’t broke, don’t fix it” applies in spades to the Mazda3. Since it was introduced in 2003, it has been an unqualified success, collecting numerous awards around the world.

Those awards include the Automobile Journalists Association of Canada (AJAC) car of the year for 2022 and 2021, plus a handful of other accolades and awards.

Refined and tweaked over the years, it remains true to its original concept and is a well-thought-out compact sedan/hatchback with a wide range of appeal for buyers on all levels of the market.

For 2022, it comes in six variations. I recently spent some time with the Sport GT sedan.

This is the top of the range for the Mazda3 and is a step up from its stablemates, the GS and GX. Among other things, it has a more powerful engine, upgraded transmission, larger wheels and tires, a navigation system, upgraded sound system, leather upholstery, heated steering wheel, and various other bits and pieces.

You can also get it with all-wheel drive. The GT is also about $10,000 more expensive than the base model. The base GX can be had with a manual six-speed gearbox – not so the Sport GT.

Half a litre larger than the base GX powerplant, the GT’s engine develops 186 horsepower – versus 150 – and 250 horsepower if you run it on 93 octane fuel. According to Mazda, if you use top octane gas, you’ll get an additional 64 horses, but it will also run just fine on regular 87 octane.

A six-speed automatic is the only transmission choice.

It’s not the most refined powertrain I’ve ever experienced, but it’s capable and reasonably thrifty.

This being a Mazda, I must put in another word about the sound system. I tend to be a broken record about this when it comes to Mazda products, but that’s because they haven’t done anything to improve the situation. The radio controls remain the most user-unfriendly and cumbersome in the industry.

For example, when you get in the car, if someone else has changed things, it takes up to five steps to find a different radio station. First, you must go to the “home” setting, then choose where you want to go, in this case, “entertainment,” then “source” or “menu,” then AM, FM, Sirius, etc., then back to “manual tuning” or “tuner controls,” and, finally, on to the station.

You’d get used to it after a while (though I never have), but it’s still a multi-step procedure and takes your attention away from the most important thing: driving the car. It’s maddening.

Safety features abound with the Sport GT: rearview camera, blind-spot monitoring, rear traffic alert, forward obstruction warning, hill launch assist and so on. Many of these features come with the base GX and, I would argue, if they don’t, you probably don’t need them. That said, I did appreciate the rear traffic alert alarm – more than once. 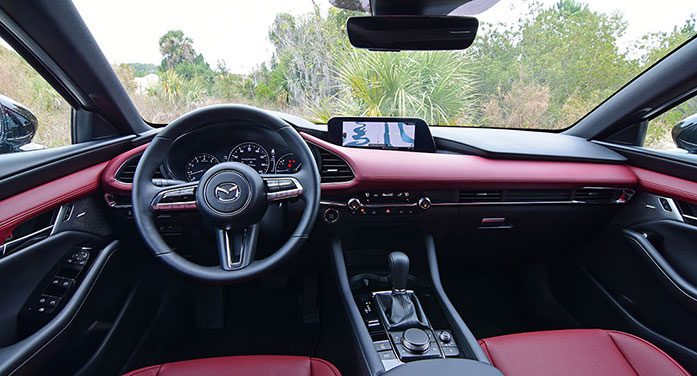 The Mazda3 Sport GT is a prime example of what they used to call the UJC: universal Japanese car. High on comfort and convenience features, cheap to operate, well priced and inoffensive to look at

The Sport GT has 374 litres of cargo capacity. For comparison, the Honda Civic sedan has 427, while a Hyundai Elantra is good for 407 litres.

The Mazda3 Sport GT is a prime example of what they used to call the UJC: universal Japanese car. High on comfort and convenience features (if a little over-complicated), cheap to operate, reasonably well priced (the base GX version anyway) and inoffensive to look at.

It doesn’t raise my pulse particularly – unless I’m trying to tune the radio – but neither does it come up short when compared to the opposition.

My advice: go for the base GX.