The trashy state of Ontario schools will only get worse 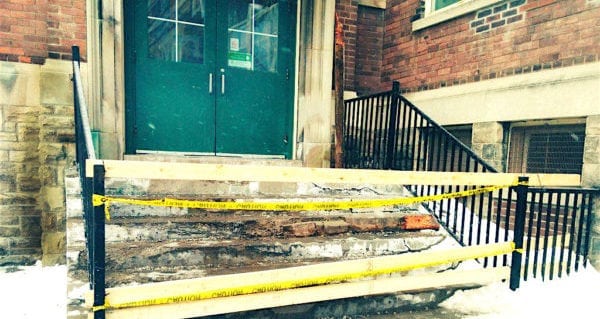 PREMIUM MEMBER/ACCOUNT HOLDER?
Login to start. Not a member? Join Today!
TOO BUSY TO JOIN TODAY?  We reserve the right to validate your circulation
623 words

Ontario politics is never as interesting as when a Ford plows through the legislature and smashes everything.

Since taking office as Ontario’s premier a month ago, Doug Ford has dumped a controversial sex ed curriculum, cut cap and trade, and promised to cull the number of councillors in Toronto’s city council.

These decisions brought foam to the mouths of his opponents. A decision that deserves as much mouth-foaming is Ford’s pronouncement last week that his government would cut $100 million in funding designated for school repairs.

The funds were tied to a program the former Liberal government introduced to reduce greenhouse gases. The funds would have given schools much-needed money to install energy-efficient windows and lights.

But since Ford arrived, better insulated windows, like much else of the Liberal legacy, have, well, gone out the window.

Ford styles himself as a guy who likes to get things done. If he wants to get something important done, he should reinstate – and increase – the $100 million for school repairs. Not because it’s a ‘green’ initiative but because Ontario schools are in such a disgraceful state of disrepair.

Ontario’s schools have a backlog of repairs totalling nearly $16 billion. This huge bill has come after decades of deferring repairs. Those warped ceiling tiles? We’ll get to them next year. That peeling paint? Next summer. Or the summer after that.

Fixourschools.ca, an advocacy group for safe school environments, documents the trashy state of Ontario schools in a series of hellish-looking photographs. We see ceilings that have collapsed, flooded classrooms, rotten floorboards, rusty lockers, crumbling concrete, and a patina of filth and age over the schools where so many Ontario students are supposed to learn. For effect, they even include a photo of a dead rat.

What’s sickening about these photos is the reality they depict. You wouldn’t put your aging mother in a nursing home that looked like these schools – not unless you hated her. You wouldn’t rent an apartment in a tenement in such an ill state of repair. And yet these are the kinds of buildings that we send our children into for hours a day to learn.

Architecture is not a neutral art form. Places reflect values. For centuries, the Catholic church built cathedrals that sang light and colour like they were singing Handel’s Messiah. You can almost chart the church’s decline in the horrendous architecture over the last century. Grandeur is gone.

It’s the same with our schools. Nobody builds schools like Hogwarts anymore. To invest so much time and money on a public building would violate the central tenant we live by these days, the one that says no public building should be beautiful or comfortable. And so we end up with museums that look like a pile of aluminum siding dropped off the back of a truck, university buildings indistinguishable from the condominiums surrounding them, and elementary schools so wasted that they could pass for derelict in downtown Detroit.

Every school is a teaching philosophy written in concrete. If our schools look like internment campus, we shouldn’t be surprised if students try to escape. Put students into a hellhole and naturally they’ll act like devils.

Leaving aside those who are exceptionally smart or exceptionally delinquent, students will always meet the expectations – implied or otherwise – laid before them. The state of the buildings where so many students study say, loudly, “We don’t take this place seriously. Neither should you. ”

The $16-billion repair backlog has accumulated like crud clogging an eavestrough through both Liberal and Conservative rule.

If Ford wants to fix the province, as he says he does, he can start by fixing our devastated schools.

Troy Media columnist Robert Price is an assistant professor at the University of Toronto Mississauga. 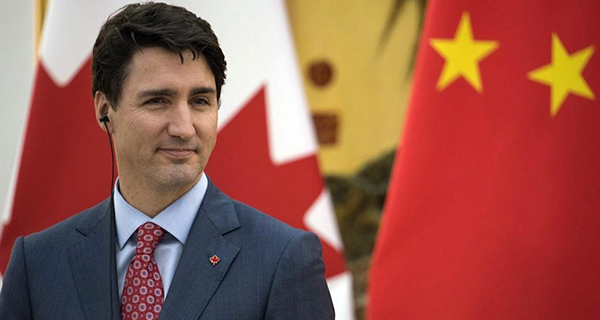 Canada can end the China crisis in one simple move