Causing a commotion based on innocent colours

Irving Berlin’s song White Christmas is a classic. But if the logic of a special interest group in Winnipeg prevails, the song’s name would have to be changed to something like Grey Christmas.

The white bit offends them, even though just like the white in White Christmas, the National Hockey League team’s Whiteout has nothing to do with race or skin colour.

But judging by how things go in our name-changing, statue hiding or toppling times, they might get their way.

After all, Winnipeg Mayor Brian Bowman recently mused about taking down a modest plaque honouring Donald Smith, who was responsible for the Canadian Pacific Railway (which virtually made this country).

And McGill University is changing the name of its famous Redmen teams because the name offends a self-appointed grievance group, despite knowing that the name has no connection to anything Indigenous.

If perfectly innocent names are to be exorcised because they offend one of a multitude of self-appointed special interest groups, many other statues, plaques and names will also have to be go.

What about the Winnipeg Blue Bombers of the Canadian Football League? I come from Mennonite stock. Mennonites are pacifists. Bombers sounds distinctly warlike. Why can’t I demand a change? Winnipeg Blue Peacelovers would be a more sensitive name.

What about the Winnipeg Jets? Those passionate about ridding carbon emissions might well seek a change of the hockey club’s name. Would the Winnipeg Solars be a better choice and prevent possible hurt feelings?

While, so far, the Winnipeg Goldeyes baseball team seems to be on safe ground, given the number of possibilities for teams named after smoked fish is somewhat limited. The Sudbury Sardines just doesn’t cut it.

And what about offending words that have nothing to do with team names, or celebratory events?

Take white bread, for instance. Perhaps it could be grey bread instead.

Should flags all be beige so as not to offend people fixated on skin colour?

Even the colours grey or blue might cause a problem. Perhaps your ancestor was a Blue in the American Civil War and was killed by a Grey. Blue Peacelovers might well rush to wound your sensitive feelings.

Maybe once this name changing based on hurt feelings thing really gets going, we might need government-appointed committees to sort out all of the complexities. This committee would certainly have a job on their hands.

In fact, the people from various racial and ethnic groups I talk to are rather embarrassed by these earnest busybodies demanding that all these names be changed and these statues and monuments removed.

I’m more inclined to look to examples of heroes like Martin Luther King Jr., Mahatma Gandhi and Nelson Mandela – people who spent their lives fighting to make race and ethnic identity irrelevant – as opposed to listening to race-obsessed special interest groups seeking the destruction of reputations along with plaques and statues.

Corporate corruption spreads its wings around the world 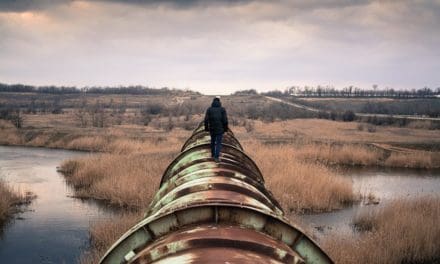 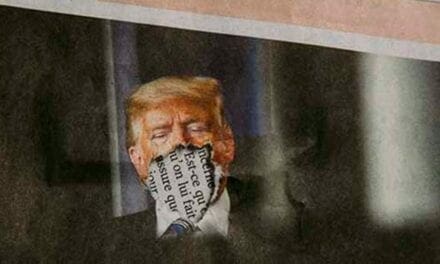