With war on the doorstep, The Singing Cowboy came calling 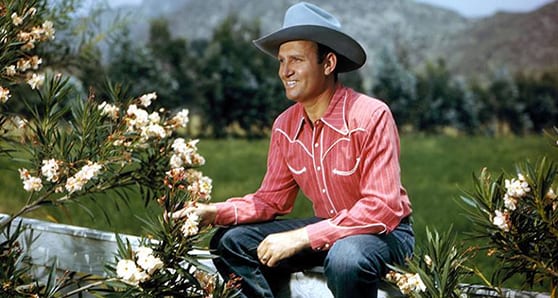 NOT YET A PREMIUM MEMBER/ACCOUNT HOLDER?
This content costs $14

The summer of 1939 was nerve-wracking for Europe. As July slid into August, it became increasingly clear that – barring a miracle – war was on its way. And there were no miracles to be had.

There was, however, a distraction that delighted tens of thousands. Gene Autry, The Singing Cowboy, came calling across the United Kingdom and Ireland.

Autry (1907 to 1998) was the product of a hardscrabble upbringing in rural Texas and Oklahoma. Like Elvis Presley almost three decades later, his birth circumstances were sufficiently inauspicious that there was no money to pay the doctor.

Autry, however, wasn’t destined to spend his life at the socio-economic bottom. He made his first record in 1929 and was on his way to becoming a hillbilly recording star by the end of 1931. Movie stardom followed by the middle of the decade.

Although it’s not technically correct to say that Autry invented the singing cowboy movie genre, he was its most successful exponent. He also pushed the boundaries into areas like merchandising.

By 1939, he was a bona fide entertainment industry phenomenon. In addition to releasing up to eight movies a year, there were records, radio shows, personal appearances and products like the Gene Autry cap pistol – a million manufactured in the first six months – and Gene Autry guitars. And while much of the merchandise was conceived for children, adults weren’t neglected. There was even a brushless shaving cream sold under his name.

One of the most interesting things about Autry was his enormous business savvy. Unlike other entertainment figures who were manipulated by the sharp operators around them, Autry took control of his affairs. If there was money to be made off his endeavours, he was going to be at the table.

Perhaps disingenuously, he later downplayed his own performing attributes: “Actually, working with numbers was what I did best. What I did less well was sing, act and play the guitar.” Then again, self-deprecation is always an attractive quality, even when it’s tongue-in-cheek.

The touring party set sail from New York on July 26 and made landfall at Cobh, Ireland, on Aug. 1. From there, it was on to London and a Savoy Hotel photo-op with his famous horse Champion. In reality, there were several Champions and the one chosen for the trip was noted for his even temperament and unflappable disposition. That equanimity would come in handy.

On the British mainland, the touring itinerary included London, Cardiff, Birmingham, Glasgow, Newcastle, Leeds, Manchester and Liverpool. But the trip’s highlight was when they crossed the Irish Sea to Dublin.

Playing 21 performances at the cavernous Theatre Royal – then Europe’s second-largest theatre – Autry generated 80,000 paid admissions. And a mid-day parade in Dublin’s city centre produced a crowd estimated at 75,000, this in a city with a population of less than a half-million and no social media to gin up mass hype. Photos show Autry and Champion surrounded by a pressing sea of humanity, which was indeed a tribute to the horse’s equable nature.

As war crept inexorably closer, the Hollywood film studio became increasingly nervous. The prospect of their prize asset coming to harm or being stranded for the duration wasn’t appealing. So a cable caught up with the touring party on Aug. 25, directing them to “book passage on first available American-owned ship.” By Sept. 3 – the day the United Kingdom and France declared war in response to the German invasion of Poland – they were safely back on American soil.

Scanning newspaper headlines whilst in the United Kingdom, Autry ventured a war related prognostication to a local reporter: “I don’t see how America could keep out.”

It took over two years and Pearl Harbour for this assessment to bear fruit. But Autry did wind up going to war.

Enlisting in the Army Air Corps in July 1942, he served for almost three years. Part of that was spent domestically spearheading bond drives, but he was also in harm’s way as an Air Transport Command pilot.

Compared to fighters and bombers, it wasn’t where the glamour was, being more akin to airborne truck driving. It could, however, be dangerous, particularly on hazardous routes like the Hump over the eastern Himalayas.

Looking back, Autry put it wryly: “I only flew the Hump once and that was enough.” 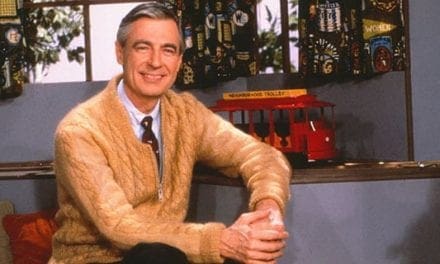 The dawning of a new trade era in the United States 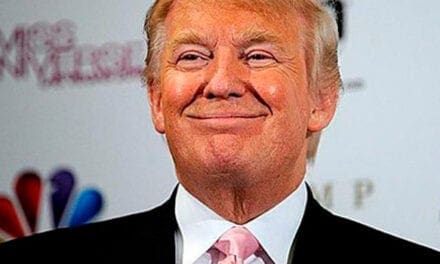 The “smart money” is on a Donald Trump exit. But …