A finger on the pulse of Alberta’s legume crops 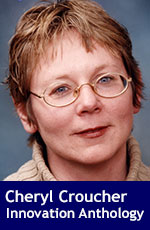 Pulses may be at the centre of a trade tiff between Canada and India, but they’re also the focus of some very important research to improve your health.

Pulse is a term used for the dried seeds of plants in the legume family – beans, peas, lentils and chickpeas.

Canada exports pulse crops worth $4.2 billion a year to 130 countries. And one-third of Canada’s pea crop comes from Alberta.

Pulses are high in protein, fibre, iron and other nutrients and Canada’s Food Guide recommends them as a good alternative to meat.

Or, as Dr. Rhonda Bell proclaims, “They really are an all over amazing food to include in our diet.”

Bell is a professor of human nutrition in the Department of Agricultural Food and Nutritional Science at the University of Alberta. A lot of her research looks at the role nutrition plays in the prevention and treatment of disease, with a particular emphasis on diabetes.

One of her recent projects has attempted to quantify the health claims made about beans and peas. Funding for the research came from Alberta Innovates and Alberta Pulse Growers.

Bell’s study shows that beans have a positive effect on lowering a person’s lipid and glucose levels, and peas can help reduce blood pressure.

Bell says it was important to prepare the pulses in a way that made them both tasty and practical to deliver, and in a controlled manner that would avoid spurious results.

The soups and stews were cooked and packaged according to strict protocols in the test kitchen on the U of A campus. Each serving contained about three-quarters of a cup of beans and peas, the amount recommended by Canada’s Food Guide.

“We had absolutely terrific adherence to our protocol. And I think, in all honesty, people got a little bit tired of having the same five soups every day, five days a week for six weeks.”

These people are just under the radar. As Bell explains, “We think this is a very important group because their lipids aren’t so high that they would immediately get a drug therapy from their physician. They are probably in a position where if they got their blood tested, their doctors might suggest they be more active and eat better to see whether they could bring down their levels before prescribing drugs.”

“It turns out our beans in particular have a lipid-lowering effect. They also have a glucose-lowering effect. So even though our patients didn’t have diabetes, their glucose got just a little bit better,” says Bell.

“Interestingly, the peas had a positive effect on lowering people’s blood pressure. Again, just a little bit. These people were not hypertensive before they came into the study but just to the point again where you would say that they showed an improvement in overall health.

“So those were our two most exciting findings on the clinical side of things.”

Bell says the next steps include metabolomics analysis to track and profile the digestion of beans and peas. There’s interest in how pulses might influence the intestinal microbiome. And one suggestion is to enlist the aid of grocers and pharmacists to dispense healthy advice about pulses at the point of sale.

Our grandmothers used to say that an apple a day keeps the doctor away. Dr. Rhonda Bell might also offer you a nice hot bowl of bean soup.

Veteran broadcast and online journalist Cheryl Croucher produces InnovationAnthology.com, which can be heard online and on CKUA Radio. This is the sixth in a 10-part series sponsored by Alberta Innovates.

Include people living with frailty in health-care decision-making

A federal dental care program is nothing to smile about