When is a country truly wealthy? 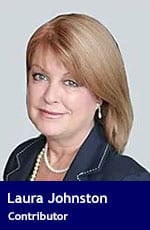 U.S. Senator Robert Kennedy once said, “GDP measures everything, except that which makes life worthwhile.”

GDP is most often defined as the total quantity of goods and services produced in an economy during a specified period. It has been the most commonly used measure by governments to evaluate the growth and performance of national economies since the 1940s and has been the guiding principle of policymakers to this day.

In the 1940s, Simon Kuznets developed GDP as a metric to evaluate aggregate market activities that resulted in economic growth. GDP is calculated as an aggregate dollar value equivalent to the sum of a nation’s income, profits, rents, and taxes. This dollar value is determined by market price.

Yet, the GDP model was never intended to measure a typical citizen’s social or economic well-being. Kuznets repeatedly told governments that how they used GDP data to make policy decisions was ill-advised. He argued that some goods and services that were factored into the metric should not be included and that other important goods and services were overlooked.

To Kuznets’ mind, market activities such as armaments manufacture and financial speculation were harmful or useless and thus not legitimate contributors to a nation’s well-being. He also observed that essential services such as volunteer work and the caregiving of homemakers were valuable contributors to a nation’s well-being, even though they are free services. He believed that societal well-being should be a part of the prosperity equation.

When Ronald Reagan was elected in 1981, he advocated for a pure free market approach. His administration deregulated the financial sector, retreated from social programs, and cut corporate taxes. Reagan was a firm proponent of the “trickle-down” effect – asserting that those who acquired more wealth would, in turn, create jobs and opportunity for those less fortunate. Successive U.S. administrations followed Reaganomic policies.

By the early 2000s, the financial sector had replaced manufacturing as the largest earner of corporate profits in America. Profits had shifted from a high-employment sector to a low-employment sector. Globalization had moved middle-class jobs overseas and national wealth was consolidating among fewer and fewer interest groups. By Quarter 4 2007, GDP had soared to an all-time high of U.S. $14.45 trillion, signalling to global markets unprecedented growth and national prosperity in the U.S.

The subprime mortgage crisis that followed immediately after brought to light that corporate profits had become grossly bloated on risky banking practices. By September 2012, after the banks had been rescued by the Federal Reserve and as stocks began trading at pre-crisis levels, 91 percent of the gains in income were collected by the One Percent. Also during this time, the U.S. employment rate had gone from less than five per cent to 10 per cent and the average U.S. housing price had fallen by 30 per cent.

Since GDP measures only the aggregate material wealth of society, it fails to factor in health, education, equality, governance, political voice, physical or financial security, or any other indicator of quality of life. Medical and health insurance expenditures will increase GDP but worsening health and shorter life expectancies do not enter the picture. Increased median household spending will drive up GDP but does not distinguish between actual disposable income and increased spending on credit cards due to loss of wages or a declining real value of wages. Bigger profits in the real estate sector correspondingly do not address increased poverty and homelessness. The focus on GDP as an exclusive indicator of a nation’s economic prosperity precludes other, equally important, societal considerations.

And where is the impact of these events reported in GDP? They are not reported. There is a radio silence in the loss of jobs, the decline of communities, and the despair and disillusionment of average citizens. Since these events do not equate to market activity, they are, quite simply, not part of GDP assessment or national wealth. GDP is always about the aggregate wealth of a country.

The enormous value of a country’s yet unused natural resources is not reflected in GDP because natural resources are counted only when they are commodified and sold. While preserving the world’s resources is essential to the future wealth and well-being of all, there is little incentive for governments that use GDP as a measure of their own success to change their environmental policies. GDP success is predicated on the short-term, as are corporate profits for the next quarter or year. Transitioning national economies requires long-term planning and commitment. It is not for politicians of the faint of heart.

During the Subprime Mortgage Crisis, then-President Nicolas Sarkozy of France called for an international commission on the Measure of Economic Performance and Social Progress to re-evaluate GDP. This has been followed by many other international initiatives, culminating in The United Nations 17 Sustainable Development Goals of 2015.

The OECD now convenes an international conference every three years to address economic, social, and environmental issues surrounding our assumptions about wealth and management of the planet. That GDP should remain the central and consistent measure of global economic performance has been repeatedly challenged. However, the commitment of nongovernmental organizations, national statisticians, government officials and policymakers, and academics and economists toward shared goals has, and always has been, a long and difficult process.

Perhaps the Covid Pandemic and catastrophic climate change will usher in a more hurried sense of urgency. Perhaps it is time to rethink GDP as the gold standard with which to measure the performance of governments, economic and environmental policy, and societal well-being for all. Kuznets warned us. GDP, when improperly applied, fails people and environments everywhere.

Why are investors souring on Alberta?

University of Calgary accused of being racist haven

Mussolini more a man of the left than of the right