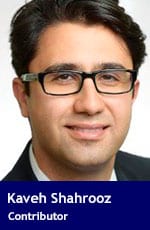 Political failures usually come in one of two flavours.

The first are acts that expose a gap between reality and the stories politicians tell about themselves. Sometimes this occurs when a politician’s criminality is exposed. But much more often, it is the banal things that display glaring hypocrisy and enrage voters. Remember Bev Oda? I bet the first thing you recall about her is that nine years ago, she, a minister in a government that touted its fiscal prudence, ordered $16 orange juice at a fancy hotel.

The second type of failure comes when a politician’s gross incompetence becomes impossible to ignore. Despite all his scandals, Donald Trump might still be president if his team had not failed so spectacularly at containing the coronavirus.

That is why the recent vote in the House of Commons on a Conservative motion to recognize the situation of the Muslim Uyghur population in China’s Xinjiang region as a “genocide” was so significant: not because the non-biding motion adopted by the House will compel Canada to do anything, but because it showed Prime Minister Justin Trudeau to be both hypocritical and terribly incompetent.

Previous Liberal scandals have hinted at Trudeau’s hypocrisy in various ways. His firing of Jody Wilson-Raybould showed that maybe Trudeau does not really love strong, outspoken Indigenous women after all. His blackface photos were proof that, when he is not playacting woke, our PM is not quite the #Ally that his kneeling photo-op at a Black Lives Matter rally would suggest. And the WE Charity scandal was a reminder that while the plebs are fed nonsense about “sunny ways” and “doing politics differently,” Ottawa remains a lucrative feeding trough for Liberal insiders.

Trudeau’s response to the Uyghur genocide motion stands out from the rest simply because it put all his hypocrisy on display at once, reminding Canadians that he never believed a word of the feel-good pablum on which he built his entire career.

A screenwriter could hardly have written a more obvious scene for Trudeau to display his purported convictions. A prime minister who is almost physically incapable of getting through a speech without touting his “feminist and intersectional” beliefs, who insists that he’ll “keep saying I’m a feminist,” and who puts on his Very Serious Face to tell us that “we have a problem with Islamophobia in Canada” is presented with a real-world situation in which a million Chinese Muslims have been shipped off to “re-education” (read “concentration”) camps. Others are simply disappeared. Muslim women are, according to a BBC investigation, systematically raped. And China’s U.S. embassy openly boasts about forced sterilization of Uyghur women. The purpose of these acts, clearly, is to destroy, or at least fundamentally alter, the Uyghur population.

Surely, Trudeau might have something to say about the horrors inflicted upon these Muslims, and primarily Muslim women? Alas, he did not. When put to the test, Trudeau revealed himself to be spineless and morally confused. He and his cabinet were noticeably absent during the vote, leaving their sole representative, foreign affairs minister Marc Garneau, with the unenviable task of abstaining on the question of whether the Uyghur situation constitutes a genocide.

The scale of Trudeau’s hypocrisy comes into sharper focus when the abstention is compared to the mandate letter he delivered in January to Minister Garneau. In it, he wrote:

“You will apply Gender-based Analysis Plus (GBA+) in the decisions that you make and consider public policies through an intersectional lens in order to address systemic inequities including: systemic racism; unconscious bias; gender-based discrimination; barriers for persons with disabilities; discrimination against LGBTQ2 communities; and inequities faced by all vulnerable populations.”

The prime minister went on to say that he expects the minister to build “on ongoing consultations, continue to develop and implement Canada’s feminist foreign policy with the support of colleagues and partner organizations.”

But when the chips were down, the GBA+, the intersectional lens and the feminist foreign policy were tossed aside in favour of appeasing China. (Not to be outdone by their leader, several backbench Liberal MPs similarly covered themselves in glory. Anthony Housefather and Ryan Turnball took to Twitter to say, in identical statements, that they believe a genocide is occurring and that the Olympics should be moved out of China. But they emphasized that if the Olympics are not moved, then they have no objection to Canadian athletes participating in games held in a country they said in the previous sentence to be engaged in genocide.)

Refusing to stand up for women, or Muslims, or religious minorities, team Trudeau instead offered a mealy-mouthed explanatory statement that was entirely bunk. If the standard for declaring a genocide is a determination by “an independent international body of legal experts,” as the government claimed, it is a completely new one. No such body of legal experts was consulted by the prime minister when he determined that Canada was engaged in genocide with respect to its Indigenous population. (Some leading experts actually went on the record to disagree with the assessment.) Furthermore, if the Trudeau team sincerely believed that there has not been sufficient deliberation on the question of Chinese genocide, it is a mystery why it did not whip the vote and force its backbench MPs to support the government on a matter with serious international ramifications.

And therein lies the incompetence displayed in this debacle. Trudeau has exerted considerable effort in portraying his foreign policy as one that strikes a careful balance between values with interests. On China, his foreign minister summarized this approach when he said, “Our relations with China will always be guided by the interests of Canadians, as well as by our commitment to the rules and principles enshrined in international law.”

But the Uyghur vote showed Trudeau failing spectacularly at both parts of that two-pronged approach. If Trudeau’s goal was to display a commitment to the principles of international law, the sight of the entire cabinet refusing to even show up to vote was a colossal embarrassment. And if he wanted to satisfy China and the business interests that push to keep the trade flowing despite the concentration camps, or to secure the release of the two Canadian hostages in Chinese prison, then an unwhipped 266-0 result in the House was hardly the way to get there. Notwithstanding the empty front bench, the Chinese are already fuming at Canada. It’s hard to decipher the strategy here, or to determine if there was one at all.

Sadly, the worst that will happen to Trudeau because of the hypocrisy and incompetence displayed is some angry tweets and a few commentaries like this one. Foreign affairs famously have little effect on the polls, particularly when Canadians are so preoccupied with the pandemic and a teetering economy. But for the few who care this was the Trudeau government’s most disastrous failure on every front.

Kaveh Shahrooz is a lawyer and a human rights activist. He is a former senior policy adviser on human rights to Global Affairs Canada and is a senior fellow at the Macdonald-Laurier Institute’s Centre for Advancing Canada’s Interests Abroad.

Kaveh is one of our Thought Leaders. Why aren’t you?

U.S., Saudi Arabia in a battle to control oil market

Canada must help ease the chaos in Afghanistan