The importance of social connection in a time of isolation 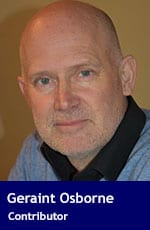 When people look back at this pandemic, they will remember many things, but perhaps most of all they will recall the changes in social behaviour.

Physical distancing is a more precise description of what experts have recommended in order to curtail the spread of COVID-19. Social distancing, on the other hand, should be avoided because of its potential harm for individuals and communities.

Becoming a fully functioning human being with a sense of self and purpose requires meaningful social interaction with parents, peers, and many other significant and not-so-significant others.

I remind my students that they have never known themselves without the input of others. Or, as the philosopher Allan Watts writes, “We are something the world is doing.” Human beings, extroverts and introverts alike, are inherently social.

One of the first sociologists to note the dangers of social isolation was French sociologist Emile Durkheim, who was preoccupied with stability and solidarity. His classic work, Suicide (1897), identified different types of suicide and argued that suicide had social, rather than exclusively personal, causes.

Although Durkheim lacked the statistical techniques to develop his ideas fully, he did recognize the relationship between important social variables. Essentially, Durkheim noted that some people were more likely to commit suicide depending on their degree of social disconnection.

He famously discovered that Protestants, because they had weaker forms of social control and cohesion, were more likely to commit suicide than Catholics or Jews. Men were more likely to take their life than women, who were more involved as “kinkeepers.” Single people were more likely than those romantically partnered to end their lives, as were the childless compared to those with children.

Basically, the more socially connected people were to fellow believers, families and friends, romantic partners and dependents, the less likely they were to end their lives. In other words, social connections provide meaning while social disconnection kills.

Durkheim’s work would go on to inform a broad swath of work in sociology, psychology and political science on the importance of social capital.

For example, Robert Putnam’s Bowling Alone (2000) connected the decline in voter turnout in the U.S. to the demise of voluntary associations that make up civic life. When people are socially disconnected, they lose touch with their fellow citizens and the political discussions that sustain civil society and democracy.

Social isolation has become a defining feature of modern Western societies and there’s a growing concern about its effects. Our increasing desire to be free from the restrictions and constraints of traditional institutions, combined with the undercutting of collective organizations and projects by governments driven by neo-liberal economic principles, has driven people apart.

Well before COVID-19, governments in the United Kingdom, Denmark and Australia were devoting resources to understanding the social costs of increasing loneliness, and discovering ways to combat it.

Surveys in these countries reported significant levels of loneliness within their populations. Among vulnerable cohorts, such as the elderly, the rates are much higher.

The British government was so concerned that in 2018 it appointed a Minister for Loneliness to further study the problem.

While such studies are not without their limitations, they do force us to acknowledge that loneliness may be detrimental to some people.

In this age of physical distancing, it’s more important than ever to remain socially connected to our families, friends, co-workers, fellow volunteers and neighbours.

Most of us are fortunate to have smartphones and computers on hand. Although we should be ever wary of surveillance capitalism and data extraction, we must use this technology – the very technology we once thought encouraged social isolation – to its fullest advantage.

So give people a call, send them a text, reach out on FaceTime, play multiplayer computer games, participate in Zoom gatherings and Google Hangouts, or watch an online concert or movie with others.

When you’re outside, wave to your neighbours, chat over the fence or go for a walk on the trails, keeping a safe but cordial distance from others.

Remember, we’re social beings through and through, and your health – and the health of our communities and democracies – are dependent on social connection.

Geraint B. Osborne (PhD) teaches sociology at the Augustana Campus of the University of Alberta and conducts research on cannabis normalization, hockey violence, the role of public intellectuals, and music scenes and cultural sustainability. This piece originally appeared in the Camrose Booster.

Kindness should be at the heart of all relationships