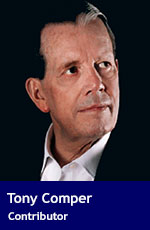 I’ve always said that we could only be as successful at BMO as the communities in which we lived and worked. And a key part of that community building was done through our growing corporate sponsorship of sports.

Supporting local teams and venues became a major part of enhancing our identity in cities and regions across the country.

It’s great for the BMO brand to be associated with positive moments and caught up with the emotion of the fans. It always puts a smile on my face to see the BMO logo on the jerseys of young girls and boys playing soccer in communities across the country – now some 18,000 kids in all.

With the growth of television and the rise of digital media, sports had become big business with massive fan bases from across a wide cross-section of society. We had to be there and we were, identifying with the strong emotional connections Canadians have to their best-loved teams and sports.

Our sports sponsorships started with Major League Baseball’s Expos, of course, in 1969, back when BMO corporate headquarters were still in Montreal. Le Grand Orange, Rusty Staub, was the big star and, with him as the symbol, we had the Young Expos promotion where the kids could sign up to belong to a fan club sponsored by the bank. People were just crazy about the Expos as Canada’s first MLB team, and that became kind of a natural marriage of sport and city. It was the first of many successful bonds to sports in our communities.

Later, our affiliation with Toronto Football Club was another interesting application of the brand to their new stadium at the CNE grounds. Maple Leaf Sports and Entertainment (MLSE) owned the team and the chairman, Larry Tanenbaum, was a good friend of mine. We had worked really hard together to explore ways of marrying our brand to soccer. I would bump into Larry at a dinner, and he’d say how wonderful it would be for BMO to support TFC and their brand.

But another way I thought about it was about the opportunity for BMO: “You know what goes along with this sponsorship package? This big sign that’s going to sit there right on top of the Gardiner Expressway. And every car that passes by is going to see ‘BMO Field.’ And it’s on 24/7, 12 months a year, flashing away, whether there’s a team playing on the pitch or not.”

We extended our support of Major League Soccer to the Montreal Impact as well, and what goes along with the package for both teams is the European concept of featuring the sponsor’s branding on the players’ jerseys. There’s nothing like seeing the BMO logo on the jersey of a goal scorer in TV coverage or in the sports section of the Toronto Star or Montreal Gazette.

Our former CEO from 1979-89, Bill Mulholland, was a very big horseman, which is how we ended up being involved with the world-class Spruce Meadows equestrian facility south of Calgary. When Ron Southern, from energy, logistics and construction giant ATCO, put the arm on Bill to be the principal sponsor for the dressage events at Spruce Meadows, that was the start of a stronger attachment to Calgary, which was really starting to boom in the energy business (and where my grandparents had settled after moving from Marengo, Sask.).

And we shouldn’t overlook BMO’s commitment to Skate Canada over the years. I’m also proud to say that we have made a big commitment to soccer at the grassroots level, supporting more than 100 soccer clubs across Canada.

In the grand scheme of things, this kind of marketing is not that expensive and it goes a long way to supporting goodwill in the communities in which we work. The modern corporation that neglects its civic responsibility while pushing profit above all cannot succeed.

The BMO roundel is more than just a branding mark for the bank. It also represents our organization’s values, including the investment we make in our collective culture, education and heritage – not just wealth for its own sake, but investing in a society that’s made better for everyone in it.

Tony Comper is the author of Personal Account: 25 Tales About Leadership, Learning, and Legacy from a Lifetime at Bank of Montreal, published by ECW Press. He was CEO of BMO from 1999 to 2007.

Tony is a Troy Media Thought Leader. Why aren’t you?

Quebec bill shows a deep desire to push people around