Shunning Taiwan no longer an option for Canada 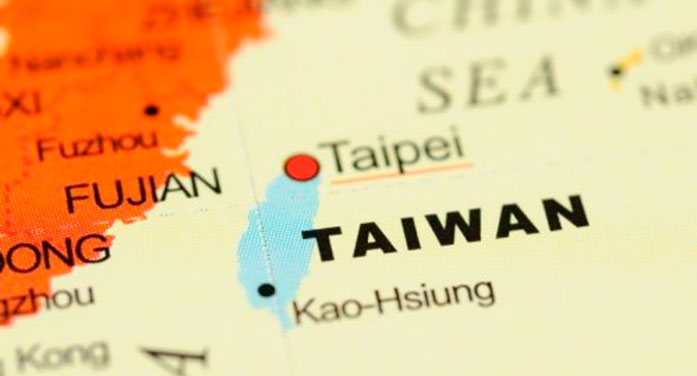 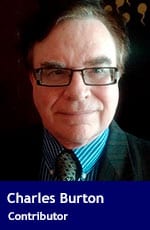 It has now been over fifty years since the representatives of the Kuomintang government in Canada were told to pack up their Embassy in Ottawa and return to Taiwan to make way for Canada’s diplomatic recognition of the People’s Republic of China (PRC) in October 1970.

Over the past 50 years, the political context that led to Canada to expel the representatives of the Kuomintang Nationalists and replace them with the representatives of the Chinese Communist Party regime is very different. At the time, Chiang Kai-shek’s military regime was seen by most Canadians as akin to the right-wing dictatorships supported by the United States in its Cold War against the Soviet Union. The Kuomintang regime was reviled as a U.S. puppet hostile to the true interests of the people of Taiwan.

Within Canada, many naive supporters of Mao Zedong’s Cultural Revolution supported the Communist rule of mainland China, believing that the Maoist model allowed for third world development consistent with justice for the poor and respect for Indigenous cultures. It was seen as an alternative, one that was neither American dominated imperialism nor Soviet-dominated hegemonism.

Canada’s recognition of the PRC was consistent with Pierre Trudeau’s much quoted motto “Reason over Passion.” After all, the Kuomintang’s claim that they would soon retake the mainland and expel the communists was no longer credible by that time. Canada’s termination of relations with the Chiang Kai-shek regime was also reflective of the predominant Canadian naive leftist perspective on international relations prevalent in the 1960s and 1970s, in Canada which interpreted the Kuomintang regime in Taiwan as politically and morally illegitimate.

But today, with the re-election of President Tsai Ing-wen, the notion that the government of Taiwan does not deserve to be recognized as a legitimate government no longer holds. The awkward reality today is that Taiwan’s indisputably free and fair election makes clear that the current Democratic Progressive Party (DPP) government is the legitimate representation of the aspirations of the people of Taiwan.

Moreover, the political program of President Tsai Ing-wen strongly resembles that of Justin Trudeau’s Liberal Party. The priority given to the environment, the rights of Indigenous peoples, recognition of the rights of lesbian gay and transgender citizens and championing the interests of the middle class suggest that, regardless of the geographic distance and distinctive histories and culture, Taiwan and Canada share modern progressive democratic values.

Moreover, as to the issue of sovereignty, we need to remember that the negotiations between Canada and the PRC to establish diplomatic relations was drawn out over several years – due to the status of Taiwan. The basis for Canada’s recognition of the PRC was not an acknowledgment that the island of Taiwan is a province of the People’s Republic, but only that Canada noted the PRC claim over Taiwan. Importantly, while Canada noted that claim, it does not endorse it.

That being said, Canada has been very careful not to offend the PRC since the 1970s, particularly by avoiding engaging with Taiwan in ways that could be seen as challenging the PRC’s claim that Taiwan is a renegade province. As a result, Canada was relatively late in establishing a trade and cultural office in Taipei, despite the significant degree of trade and other relations between the two countries.

And it is important to acknowledge the high degree of nationalistic emotion among the vast majority of citizens of China, who deeply and passionately oppose any move towards statehood for a Republic of Taiwan. For 70 years, state-mandated education has emphasized that “Taiwan has always been a part of China” and centrally controlled propaganda maintains that that the vast majority of people in Taiwan yearn for reunification with China, despite the objective evidence that this is patently not the case. That has led to an impossible conundrum. Any Chinese Communist leader who was perceived as “soft on Taiwan” would suffer severe political consequences, as most ordinary Chinese people support a military solution to resolve the Taiwan issue with the shortest possible delay.

For Canada, the assertion of a “one country, two systems” resolution of Taiwan’s status in the early 1980s was seen as the best hope. Canadian public opinion supported it in Hong Kong because of Canadians’ ideological opposition to colonialism as a model of governance.

After China embarked on the post-Mao program of opening and reform in 1978, there was naive anticipation that China would gradually come into compliance with modern norms of governance: democratic election of political leaders, fair and impartial rule of law through judicial independence, and respect for the entitlements of citizens to civil rights.

The assumption among many Canadians at the time was that the people in Taiwan would be prepared to welcome rule from Beijing, if the Chinese government was a democratic one.

Of course, today we appreciate that the majority Han people in Taiwan have developed their culture based on a discourse of history strongly divergent from that of the Chinese mainland. Almost nobody in Taiwan identifies themselves as Chinese people who should be citizens of the PRC. Indeed, it is unlikely that the democratization of the PRC in the years ahead would likely to change that significantly.

Another factor is Canada’s now dashed high hopes and aspirations for relations with the People’s Republic of China, particularly since Xi Jinping came to power in 2012. While Canada and the PRC still maintain the framework of strategic partnership agreed to when the CCP Party General Secretary visited Canada in 2005, this partnership is no longer active. Simply put, the agreed to government-to-government consultations and programs of collaboration have gone into abeyance. What Canada and our like-minded democratic allies have today is very much a relationship of strategic adversary.

We need to recognize that the current government of democratic Taiwan is a legitimate regime that has effective sovereign control of its territory. As such, Canada’s desire to respect the feelings of the PRC by shunning Taiwan in global affairs is not longer relevant. It follows that Canada no longer has to adopt a Taiwan policy informed by appeasement to the PRC.

Certainly, there is ample precedent for China and Taiwan to both have seats on the UN. For example, East Germany had a seat when West Germany also had a seat. The same can be said of North Yemen and South Yemen. Or, for that matter, North Korea and South Korea, which are both UN members despite competing claims over each other’s territory.

However, due to China’s influence in the United Nations among developing countries, who are recipients of financial assistance and loans under China’s Belt and Road Initiative and the China-led Asian Infrastructure Investment Bank, it is unlikely that Taiwan will get that seat anytime soon. (Yet it would be a symbolic gesture for western nations to at least express support for full membership in the UN for Taiwan.)

Similarly, in terms of Canada extending diplomatic recognition to Taiwan, this would likely only be possible in the context of many other countries simultaneously recognizing Taiwan – and on the basis that the PRC would maintain their representation in Canada. At this time, that seems unlikely.

Nevertheless, Canadian support for Taiwan’s participation in multilateral institutions, particularly those involved in global health or airlines, telecommunications and so on, should be strengthened, with the support of as many nations as we can. One could say that such a goal does fit with Pierre Elliott Trudeau’s motto of “Reason over Passion.”

Taiwan should be welcomed to participate in the Comprehensive and Progressive Agreement for Trans-Pacific Partnership. After all, Taiwan’s economic and regulatory institutions meet the criteria for membership in such an agreement.

Finally, it makes sense for there to be normal government-to-government interaction between officials of Canada and of Taiwan on all matters that serve mutual interests. The days of shunning Taiwan simply to appease the People’s Republic of China should come to a close. For example, the PRC has complained about Canadian parliamentarians attending events of the Taiwan Economic and Cultural Office in Canada. We should pay such comments no mind.

Moreover, if persons of Taiwan origin in Canada are subject to threats or harassment by agents of the PRC, Canada’s Royal Canadian Mounted Police should take this very seriously. If the agent of the Chinese State enjoys diplomatic status, then they should be declared persona non grata and sent home. Those agents of the Chinese state who are not diplomatic passport holders should, in turn, be subject to arrest and prosecution in Canadian courts.

Charles Burton is a senior fellow at the Macdonald-Laurier Institute’s Centre for Advancing Canada’s Interests Abroad, and a former counsellor at the Canadian Embassy in Beijing.

Charles is one of our Thought Leaders. For interview requests, click here. 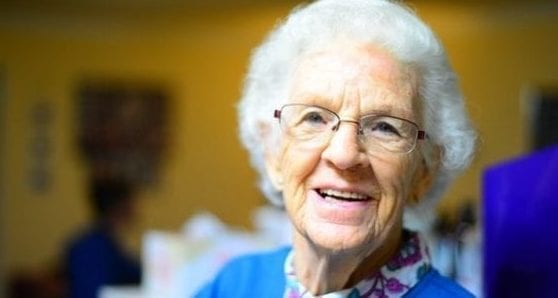 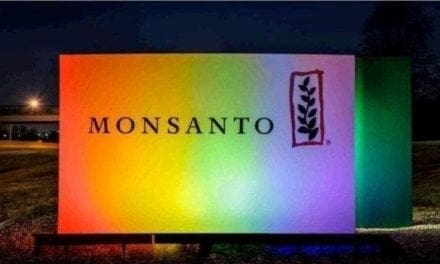 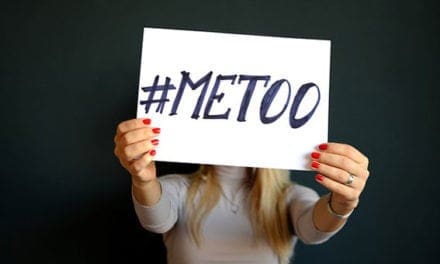 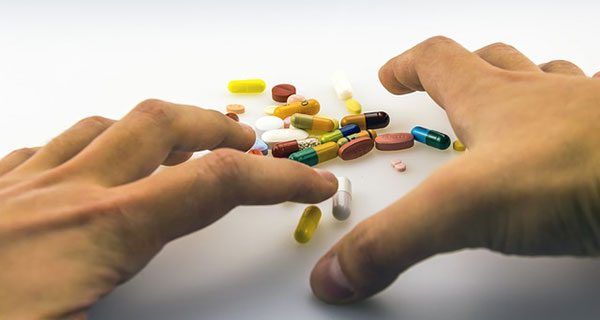