Second time’s the harm when it comes to lockdowns 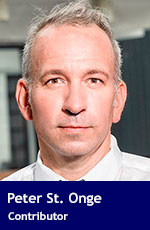 Across Canada, as COVID-19 cases surge, there’s talk of locking down again or of tightening second lockdowns. Of course, we haven’t even settled whether lockdowns were the proper solution in the first place, given the enormous collateral damage in unemployment, bankruptcies, and the physical and mental health of millions, amid a virus that overwhelmingly targets the elderly and vulnerable.

Not to worry, we’re told, these new lockdowns are less severe than the first round.

Unfortunately, economic theory suggests that repeat lockdowns can cause far more damage, even if they’re less strict. A recent survey from the Canadian Federation of Independent Business found that over half of small businesses in Canada are worried about surviving a second lockdown.

This matters a great deal, considering small and medium-sized businesses employ nearly 90 per cent of Canadians who work in the private sector.

A one-time lockdown works like a natural disaster, with business suffering but with rapid recovery nevertheless on the horizon.

However, the mere threat of repeat lockdowns – especially when they hinge on arbitrary and changing standards – forces businesses to include lockdowns as an ongoing catastrophic business risk, potentially forever. How many people are interested in opening a restaurant, for example, when it could be shut down, without warning, over and over, until they run out of money and throw in the towel?

Economists have long known that permanent changes carry far more impact than one-off events, building on work by Nobel economists Milton Friedman and Franco Modigliani in the 1950s. For example, natural disaster recovery is typically very rapid around the world, and yet entire industries can be wiped out by relatively minor regulatory or tax changes. It’s not the headlines that kill, it’s the permanent accumulation of burdens that render small businesses fundamentally unprofitable.

Similarly, governments have long known that one-time tax changes or one-time benefits tend to have a relatively minor impact, overwhelmingly affecting savings. It’s permanent policies that actually change behaviour. For example, studies consistently find that one-time benefits are 70 to 80 per cent saved, while one recent study of businesses found a 26-fold jump in the 10-year growth effects of permanent tax changes versus temporary ones.

Governments worldwide, as in Canada, are questioning whether lockdowns worked at all.

In terms of data, the jury is very much still out: Multiple studies have found little or no statistical impact from lockdowns across European countries or U.S. states, with lockdowns not helping reduce deaths or even cases of COVID-19. Essentially, it appears that vulnerable people self-isolate whether or not governments tell them to. Having less unemployment and less social isolation actually saves more lives.

Canada is, unfortunately, a tragic illustration, with death rates many times higher in Quebec than in other provinces, despite similar lockdowns. That suggests that other policies, such as protecting people living in seniors’ centres, were likely far better choices than lockdowns.

Alas, that damage has been done. The key now is for politicians to understand that for real-world small businesses, repeat lockdowns make risks permanent, which is precisely what can turn challenge into catastrophe.

Rather than menacing Canada’s beleaguered small businesses and exhausted communities with yet more lockdowns, what Canadians deserve from our governments is serious reform to improve their own ability to respond to the next crisis – from screening and contract-tracing infected persons, which saved thousands of lives in other countries, to production of masks and protective equipment, to regulatory reforms that would expand health-care capacity so that, next time, politicians don’t panic.

At this point we need competence, not threats, from our politicians.

Peter St. Onge is a senior fellow at the Montreal Economic Institute.

Consuming nations are gaining the upper hand in oil markets

Why you can’t fake your feelings

What skin are you putting in the client prospecting game?

5 strategies to increase your leadership presence