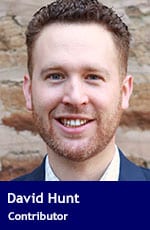 In terms of cultural insensitivity, the latest call for ending Ontario’s Catholic school funding wins the shamrock, coming, as it did, on St. Patrick’s Day.

But if we overlook that faux pas, we still have to consider the pot of gold that would be saved by absorbing Catholic schools into the government-run system.

Frankly, the claim that merging Ontario’s government-run and Catholic school systems will save “an estimated $1.6 billion a year” is blarney. Not only is this regurgitated, decade-old figure based on bold and untested assumptions, but a thorough review of school-district consolidations reveals such claims are pure fiction.

But fiscal arguments are only a means to an end.

The real goal—and I appreciate the honesty—is to, “put a permanent end to calls for public funding for schools operated by Jewish, Muslim and Christian fundamentalists groups.”

Let’s get the myth-buster out.

Who sends their kids to Ontario’s 1,500 independent schools? Studies conducted in 2019 and 2007 find that Ontario independent-school parents are largely typical, everyday folks who choose their school for its safe and nurturing environment. These are our neighbours and friends—the people we might see at the local park or come across in the grocery line.

Moreover, studies in the U.S. and the Netherlands show Islamic schools do a better job integrating Muslim students into Western societies than government schools, and a just-released econometric study finds students matched to schools of their own religion outperform their un-matched peers.

While concerns about fundamentalism are far-fetched, we should remember that education is not neutral. Schools instill particular values and perspectives that shape students’ sense of purpose, meaning, and their conception of the “good”. Not surprisingly, then, a growing body of research suggests that independent schools—and religious ones especially—help form thoughtful graduates who are more likely to be civically minded, committed to personal growth, and over-contributors to the common good.

In other words, education is elemental to all social and cultural life. It does not merely form individuals but our very society and shared life. Accordingly, schools ought to emerge from civil society and operate as a function of the social not political order.

This is why separate schools exist.

Is it reasonable to expect government-run schools to instruct students of different religions in their particular faiths? Of course not. But the inverse is just as unreasonable.

Religion is only realized in a community of faith, where deeply-held convictions and a rich cultural heritage are shared, and it is through education that this is passed down from generation to generation.

Why should taxpaying, law-abiding parents have to send their children to schools opposing their convictions and cultural heritage? That doesn’t sound like a free society.

If schooling is compulsory and taxpayer-supported, it is only right and just that faith communities receive support for their own schools alongside the common school system. This is explicitly what the father of section 93 of our Constitution Act, Irish-Canadian Thomas D’Arcy McGee, argued in the 1860s, as Convivium contributor Brett Fawcett points out in his forthcoming research paper, Unchartered Territory: A Historical and Critical Analysis of Alberta’s Prohibition on Religious Charter Schools.

But competing with D’Arcy McGee’s vision of educational freedom was Egerton Ryerson’s vision of the common school. Imported from Massachusetts and New York, the common school movement—as scholars Ashley Berner and Charles Glenn write—was rooted in a “pro-Anglo-Saxon, anti-immigrant, and, above all, anti-Catholic” nativism. This is why the impoverished conception of ‘public’ schools as conformity to a uniform school system is predominantly American.

Most of the advanced world took the opposite view.

Taxpayer funding for a diversity of school systems has long been the democratic norm in OECD countries, and for good reason.

The preponderance of evidence shows that the common good is better served by making room for a mosaic of educational institutions and approaches. As a social good, schools are naturally better served where parents and communities are most invested, and where decisions are made as close to those affected by them as possible. This is why the best schools—and best school systems—are self-organizing communities that operate independently of the government.

As we emerge out of the challenges of lockdowns and school disruptions, now is the time to expand educational freedom to all Ontarians, by allowing funds to follow students to the school where they fit and learn best.

And this would not be a hard sell to the public. One-third of Ontarians support fully-funded religious and faith-based schools, and when including partial funding—the norm across Canada—this expands to a staggering 61 per cent of Ontarians.

Clearly, a strong majority, at least implicitly, believes in a diverse and equitable education system. I guess that’s what you’d expect in a free society.

David Hunt is the British Columbia (BC) Director and the Education Director at Cardus.

Can we afford $10-a-day childcare?