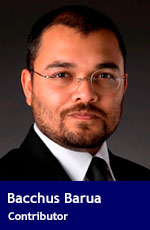 With fears related to COVID-19 and the economy running high, a new poll by the Angus Reid Institute reveals near universal support for some sort of public pharmacare plan. However, it also inadvertently revealed that, despite such support, most Canadians don’t actually need it.

Conducted in partnership with a list of experts who have long advocated for a national publicly-funded plan, the survey reports that 86 per cent of respondents support “the concept of having pharmacare” in Canada.

But the same survey also reports that 72 per cent have “most or all of the cost of their prescriptions covered by insurance and government support.”

A much lower (though concerning) 23 per cent of respondents report having difficulty paying for their prescriptions.

So on one hand, a clear majority of Canadians seem to support a universal pharmacare program, while on the other only a minority (albeit a sizable one) seem to actually need it.

One reason for this relative incongruence may have to do with perception. For example, many Canadians may be unaware that provincial plans already help low-income families pay for prescription medications.

Every province offers drug coverage to social assistance recipients at low or no cost. And provincial governments also administer a variety of social programs to cover drug costs for the disabled and those with chronic conditions such as multiple sclerosis, cystic fibrosis and HIV.

It’s therefore worth asking whether the 44 per cent of Canadians who, according to the survey, are concerned about their ability to afford prescription drugs down the road are actually aware of such programs. And if they’re not, perhaps a first (and much less expensive step) would be for governments to do a better job of educating residents about the existence of such programs.

Another reason may be envy. Canadians have been repeatedly told that Canada is the only industrialized universal health-care country that doesn’t provide universal coverage for prescription drugs.

What goes unsaid is that the other countries provide universal health care in a markedly differently way than Canada. While countries such Australia and the United Kingdom provide coverage for pharmaceuticals through government-run programs, others (such as Switzerland and the Netherlands) provide universal access for all health-care services – including pharmaceuticals – through private insurers. And all four countries allow a private-sector role in the insurance and delivery of medical services.

It’s clear that many Canadians still fall through the cracks. The survey contains useful information on who these Canadians may be – those earning less than $25,000 a year (44 per cent) and visible minorities (36 per cent).

Advocates for a national pharmacare program should consider whether a new and expensive public program that covers a small list of essential drugs for all Canadians (including millionaires, for example) is actually the most efficient way to assist groups who need it most.

And there’s the question of whether issues of affordability actually have more to do with the types of drugs covered rather than whether individuals are insured. For example, if a breakthrough drug isn’t listed for coverage (whether on a private or public plan), individuals will likely have difficulty paying for it.

Given that private insurers usually offer coverage for a greater number of drugs than government plans, it’s unlikely that expanding a government plan to include the general population will alleviate these type of cost-related issues.

In fact, new price restrictions due to accompanying changes to the little-known but very important Patented Medicine Prices Review Board may lead to lower drug costs for a future government insurer – but also the absence of certain drugs from the Canadian market.

While many may interpret the results of this poll as a green light for a national publicly-funded pharmacare plan, they should actually make people (including policy-makers) pause and reflect on the information.

Rather than jump the gun and implement a broad plan that covers every Canadian (at great cost) for drugs they can already afford, advocates should seek to identify the 23 per cent of Canadians who fall through the cracks and connect them with (and improve on) existing programs.

Bacchus Barua is an economist at the Fraser Institute.

The final report of the Covid Commission

Pragmatism is the rot at the heart of our institutions

Don’t get sucked in by “expert” predictions