Pipelines are safe and green despite Suzuki’s extremist rhetoric 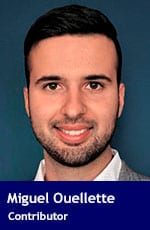 In mid-November, prominent environmental activist David Suzuki made some remarks that any impartial observer would consider radical. This was during an event hosted by an organization that is not known for its measured responses: Extinction Rebellion.

Suzuki’s message was clear: “there are going to be pipelines blown up if our leaders don’t pay attention to what’s going on.” Without any room for doubt, this comment is the mark of an extremist and suggests how little importance is accorded to human safety, not to mention simple property rights by the ecologist at the head of a foundation that’s flush with cash. The Suzuki Foundation took in no less than $13 million in 2020.

But the aberration here is not just in the explosive form of Suzuki’s words; it’s also in its underlying assumptions. Considering pipelines as an enemy instead of an ally in the fight against climate change speaks to a serious misunderstanding of the issue. After all, this method of transport is the safest and greenest one there is for moving our Canadian oil from place to place.

The bogeyman of oil spills is always brought up, of course, but is simply at odds with the facts on the ground. In reality, more than 99.99 per cent of the oil transported in federally regulated pipelines in Canada arrives at its destination safely. Each year, it’s the equivalent of just two rail tank cars that are spilled in this country. What’s more, pipeline transport emits between 61 per cent and 71 per cent less greenhouse gas than moving it by rail.

Not a single fatal accident directly related to the operation of a pipeline system has been recorded in more than 30 years. The pipeline transport process that’s in place in Canada rigorously enforces the highest safety standards.

Canada has abundant hydrocarbon resources, and we need them. We shouldn’t shun the safest and greenest method of transporting them. That method, whatever Mr. Suzuki may think, is pipelines.

To say governments have to take note because pipelines are going to explode is proof of a lack of understanding of emerging technologies, such as carbon capture and sequestration, and testifies to a very limited geographical vision. We have hydrocarbons in Canada, and we should responsibly produce and use them. Canadian expertise in this area of economic activity is world-renowned, and the anticipated nine per cent increase in global demand for oil between 2019 and 2045 is a golden opportunity for the Canadian economy.

With the expertise we’ve developed in the pipeline sector, we have a clear path to reducing our GHG emissions. This expertise could also be used to transport CO2 from carbon capture operations to where it can be used or sequestered – a real climate change victory for Canadians, though a purely ideological defeat for some.

Simply put, pipelines are a friend in the fight against climate change. Our politicians need to realize this, even if certain ecologists have it in for the resource itself rather than merely seeking to mitigate its environmental impact.

The more he makes the kinds of radical comments he made a few weeks ago, the more Suzuki risks hurting the very cause he champions.

Miguel Ouellette is Director of Operations and Economist at the Montreal Economic Institute.

Why committed behaviours are more important than productivity

Beware of Twitter – it will bite you in the ass

For the indomitable Andreescu, it’s mind over matter

Canada’s Food Guide: New dish, with a dash of condescension