There are those who believe we shouldn’t criticize our political (and other) leaders during a crisis. The Canadian way is to get through it first, then hold inquiries and, many years and millions of dollars later, we will know who failed in their leadership tasks and who should be held accountable. Maybe.

Alternatively, since the COVID-19 pandemic is expected to punish Canada for the foreseeable future, we should state the obvious now: we have witnessed our federal leaders dither and defer over decisions, reverse statements and backtrack on critical policies.

Our COVID-19 leadership at the federal level has been a train wreck.

David Staples of the Edmonton Journal pieced together several detailed timelines that show how and when federal decisions were or were not made, and document Canada’s response alongside the World Health Organization (WHO) directives and international events. None of it is particularly comforting to Canadians.

The timelines begin with the discovery of the virus in Wuhan, China, and take us through January as our chief public health officer and one-time WHO committee member, Dr. Theresa Tam, assured Canadians these infections would be “rare,” and there was no evidence of human-to-human transmission.

Further, travel bans and masks would be useless in stopping the spread of the virus, she said. She also said China had the situation under control and, on multiple occasions, she praised the Chinese government for its “astounding” work in controlling the virus.

Fast-forward: COVID-19 is a global pandemic, is very present in Canada and travels with ease from person to person. All non-essential services are still closed in many provinces. Canadians are wearing masks and gloves, and adapting to a new daily pattern of social distancing when out and isolation or family-only at home. Most travel is off limits and all public gatherings have been banned. The economy has been devastated.

We also now know that China’s leaders deliberately concealed the extent of its outbreak and containment.

Things are always clear in hindsight, but how is it possible that Canada could have made the least effective (or even wrong) decision at every critical juncture?

It’s simple: we followed the wrong leader into the COVID-19 battle.

Canada’s response has largely been directed by Tam. Unfortunately, her decisions were based on the latest ‘scientific evidence’ from China and her blind deference to the policies of WHO’s director-general, Dr. Tedros Adhanom Ghebreyesus.

Many have taken issue with the fact that he’s the first WHO director to not have a medical degree. But he does have postgraduate degrees, including a PhD in microbiology, immunology and community health from universities in Britain, so there’s no doubt he understands the science involved in managing a pandemic.

For many years, Tedros was a member of Ethiopia’s governing party, which had a rather dodgy understanding of human rights and, it seems, honesty. During his tenure as health minister, he apparently covered up three major cholera outbreaks (2006, 2009 and 2011).

But altering the classification had consequences beyond the paperwork – it also limited the medical support for those who were sick, enhancing their suffering and the number of deaths.

As the minister of foreign affairs (2012 to 2016), he cultivated strong ties to China. During his tenure, China became Ethiopia’s biggest foreign investor and largest trading partner as it invested more than $13 billion in the African country.

That relationship may explain why Tedros was commending China for “setting a new standard for outbreak control” at the same time as Chinese officials were ‘controlling’ the outbreak by arresting those who were “spreading rumours” about a new disease. Even as the COVID-19 epidemic was spreading around the globe, he continued to applaud Chinese leaders for their “openness to sharing information” with WHO and other countries.

Of course, the world now knows that China has been more deceitful than forthcoming in its reporting about containment and the numbers affected. This, in turn, greatly affected how and when the rest of the world, including Canada, responded to the crisis.

Not surprisingly, the weeks that passed while China twisted the truth may have been critical to containment worldwide. In March, a study from the University of Southampton claimed “the number of coronavirus cases could have been reduced by 95 per cent had China moved to contain the virus three weeks sooner.”

Is science driving Canada’s response to this pandemic?

At the local level, yes.

But our earliest and most critical decisions at the national level have not been driven by science.

There’s no point in holding back on political criticism now: this pandemic has been rooted in politics from the very beginning. 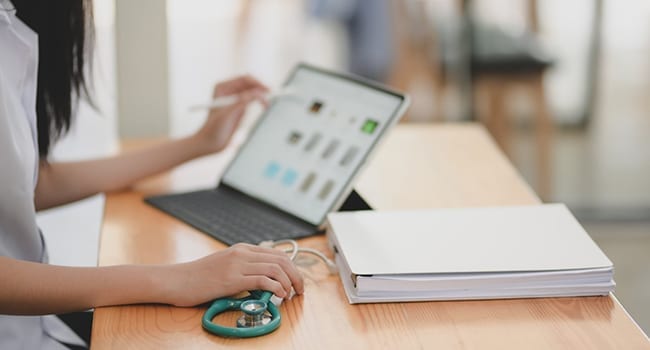