Ontario’s wrong – it’s not a pandemic of the unvaccinated 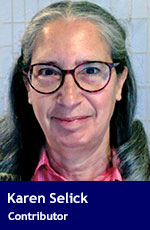 Ontario updates its citizens regularly on the province’s hospital and ICU (Intensive Care Unit) statistics, using a dedicated website. It frequently tweets about these numbers, too, through the accounts of premier Doug Ford and health minister Christine Elliott. The statistics generally contain a breakdown between vaccinated and unvaccinated patients.

For instance, as of September 27, we were told that 185 people in Ontario were hospitalized with COVID-19, of whom 43 were fully vaccinated, nine were partially vaccinated, and 133 (or 71 per cent) were unvaccinated.

Likewise, the website showed that of the 120 COVID-positive individuals in Ontario’s ICUs, seven were fully vaccinated, 11 were partially vaccinated, and 102 (or 85 per cent) were unvaccinated.

The premier and the health minister seemingly want the public to think that this is a “pandemic of the unvaccinated,” but in fact, the opposite may well be true. Ontario’s statistics mislead the public by using a highly misleading definition of “fully vaccinated.” As a result, many hospitalized individuals who are likely vaccine injury victims are being incorrectly classified as unvaccinated COVID patients.

Following the lead of the U.S. Centers for Disease Control (CDC), Ontario says you’re not “fully vaccinated” until 14 days after receiving your final shot of whichever vaccine you’re getting. This definition has been incorporated into provincial regulations establishing vaccine passports and is also contained in a public health bulletin published on Ontario’s website.

The problem with this definition is that an overwhelming percentage of reported vaccine injuries occur within 14 days of vaccination. Individuals such as these would be considered “unvaccinated” using Ontario’s and the CDC’s peculiar definition but, by any ordinary standard, these people should be considered either partially or fully vaccinated.

The U.S. government maintains the world-renowned VAERS database – the Vaccine Adverse Event Reporting System. VAERS data are updated weekly and can include reports from anywhere in the world. Unlike the Canadian vaccine injury reporting system, VAERS has no gatekeeper requirement, so reports can be filed by vaccine injury victims themselves or their surviving relatives. It doesn’t require the participation of a doctor or pharmacist who, these days, might fear repercussions from their professional licencing bodies if they were to file a vaccine injury report.

If you applied the CDC’s (and Ontario’s) definition of “fully vaccinated,” then the 42,786 people who had occupied hospital beds, and possibly ICU beds, immediately after their injections would be considered not fully vaccinated because they hadn’t exceeded the 14-day waiting period after their final jab. However, by any sensible understanding of “vaccinated” as opposed to unvaccinated, they should fall into the vaccinated category. They’ve all had at least one or two injections.

The same misleading definition seems to be in use in several other Canadian provinces. Alberta, for instance, has posted on its COVID-19 Statistics website that “Vaccine status category is based on protection. Doses administered within 14 days prior to a person’s COVID-19 diagnosis are not considered protective; as a result, partial or complete vaccination categories only include those identified as cases over 14 days past their first or second immunization date.”

While public health officials in Ontario and Alberta may amuse themselves by pondering when the average human body develops sufficient antibodies from the vaccines to be considered “protected,” what most people want to know is which cohort of people are in the hospital: those who’ve been injected or those who haven’t? The bizarre 14-day waiting period built into the definition of “fully vaccinated” serves only to obscure the truth.

I requested similar confirmation from all of the other provinces via e-mail to their media relations departments. At the time of writing, Prince Edward Island, Nova Scotia, and British Columbia have confirmed to me via e-mail that they are all using a similar definition. In fact, BC goes even further, increasing the waiting period to 21 days after the first dose. I received no responses from the remaining five provinces.

Meanwhile, a recently published study in Toxicology Reports entitled “Why are we vaccinating children against COVID-19?” concluded that among individuals aged 65 and older, the risk of death from taking the vaccination is five times as high as the risk of death from actually contracting COVID-19. This study was co-authored by seven scientists in the U.S., Greece, Italy, Romania and Russia.

Furthermore, Steve Kirsch, Executive Director of the COVID-19 Early Treatment Fund, recently gave a presentation to the U.S. Food and Drug Administration (FDA) hearing on the issue of booster shots. Kirsch presented evidence that the vaccines are triggering massive numbers of heart attacks and have probably caused about 150,000 deaths worldwide so far.

Canadian politicians and bureaucrats continue to push vaccinations on the public by ignoring data such as this. Their phony definitions of what constitutes “fully vaccinated” should be rectified immediately so that Canadians can see the actual numbers and make rational decisions for themselves as to what they inject into their bodies.

Karen Selick is a retired lawyer, currently working as a freelance writer and video producer.

Indigenous education can and must be fixed

The potato chips war is just the tip of the iceberg

Is greed driving the beef industry to a legal showdown?

Can sports go back to spitballing on the big calls?