You may have heard the persistent worldwide narrative that oil and natural gas are dead, or soon will be, and can easily be replaced with other forms of energy.

The latter claim is simply false. Read the work of energy transition expert Vaclav Smil, professor of the environment (emeritus) at the University of Manitoba. As Smil summarized it in a 2020 paper for the University of Saskatchewan Johnson Shoyama Graduate School of Public Policy, “Designing hypothetical roadmaps outlining complete elimination of fossil carbon from the global energy supply” is “nothing but an exercise in wishful thinking that ignores fundamental physical realities.”

Smil’s empirical approach also leads him to favour less carbon in the world, but the key takeaway from Smil and others informed by “fundamental physical realities” is that oil and natural gas will be around for some time.

But which countries will meet the need for oil and gas and in what quantities?

Canada’s track record on oil and gas exports is likely known to many Canadians in general, but not in specific and not relative to other export industries.

Between 1988 and 2019, energy exports in all forms totalled nearly $2.5 trillion (in inflation-adjusted 2019 dollars). The oil and gas industry’s share of energy exports was worth over $1.9 trillion.

Now compare that $1.9 trillion in oil and gas exports to other critical export industries in Canada.

Only the exports of motor vehicles and parts were worth more than oil and gas in those decades, at nearly $2.8 trillion.

Next in line with 1988-2019 totals were consumer goods at nearly $1.5 trillion; exports of industrial machinery at $992 billion; electronic and electrical equipment at $903 billion; farm, fishing and other food exports at $760 billion; aircraft and other transportation exports at $552 billion; beverage and tobacco products at $547 billion; and electricity exports at $207 billion.

Beyond the unsupportable notion that oil and gas can soon be replaced by other forms of energy, there’s another mistaken assumption offered up by some – that oil and gas is an ever-shrinking share of all energy exports.

That’s not what the data shows.

An objection might be raised that past performance is no guarantee of future returns. Except that if Smil is correct, oil and gas won’t soon be replaced.

There have been higher value peaks for oil and gas exports in the past: in 2008 ($121 billion) and 2014 (nearly $124 billion). But whether measured in inflation-adjusted dollars, as a proportion of all energy exports or a proportion of all exports, it would be a mistake to think Canada can do without the export wealth generated by the oil and natural gas industry.

Mark Milke and Lennie Kaplan are with the Canadian Energy Centre, an Alberta government corporation funded in part by carbon taxes. They are authors of the report, Over $1.9 trillion: The value of Canada’s oil and gas exports, 1988 to 2019.

How Canada can tax carbon efficiently 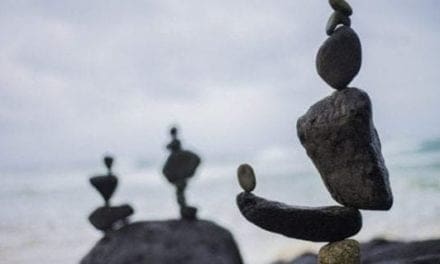