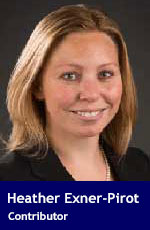 For two decades, it has been predicted that climate change will open up the Arctic to economic development, leading to a race for resources. The region is supposed to be more accessible due to climate change. But is that true?

In reality, many of the impacts of climate change make shipping, transportation and infrastructure development more difficult and expensive. “Accessible” is not a word to be applied to the Canadian Arctic, and that won’t change for the foreseeable future.

But if the logistics of Arctic development are not set to improve, the business case is. That’s because demand for critical minerals is expected to multiply in the coming decades. Looking at a map, it’s obvious that some of that supply will have to come from the region, especially as securing supply chains becomes of greater importance for Canada and its allies. In that sense, it’s not climate change itself that will drive Arctic development but the policy response to it.

Climate change is having real and quantifiable impacts in the Arctic. The region is warming three times as fast as the rest of the world, having already surpassed the two-degree increase often described as a red line for the mid-latitudes.

But, in reality, what does that mean if your goal is to build, for example, a world-class mine facility in the Arctic?

Lack of infrastructure is a huge challenge. Ore is heavy, and the distance to market is incredible. Bringing in supplies, developing energy sources, and building roads, airstrips or ports are part and parcel of the task.

To get material to open water, you may have to build a road or railroad on melting permafrost, adding costs and headaches. Consider the Inuvik-to-Tuktoyaktuk Highway, which cost $300 million for its 138 km, alongside at least $1.5 million in annual maintenance costs. It was built for the primary purpose of facilitating oil and gas exploration but, ironically, was completed a year after the federal Liberal government implemented a moratorium on offshore Arctic oil and gas licensing in 2016.

Or take the Churchill railroad, built on muskeg and rendered useless by washouts in 2018. There are now efforts to salvage it with a $130 million federal grant announced in 2019 and another $40 million in 2021, despite no demonstrable ability to become financially self-sufficient through shipping from the Port of Churchill. In the Arctic, you can build it, but they won’t always come.

About that shipping. There seems to be a popular misconception that the sea ice has melted and there is now open water, making the Northwest Passage (NWP) a good choice to send ships from Asia to North American. In fact, climate change is making what was already a poorly navigable strait even more challenging. As multi-year ice melts, smaller chunks – bergy bits – choke the NWP in unpredictable, and therefore risky, ways. Even without ice, the NWP is not a great strait, with many narrow and shallow parts and almost no infrastructure or support. But there is ice, and because the Earth tilts at a 23.5-degree angle, the Arctic will always be cold and dark for three months in the winter, and the ice will always come back, even if in smaller quantities than before. And Canada’s Arctic will be the last place the ice disappears from in the summer due to its currents, archipelago, and other factors.

If an Arctic route is needed to diversify global shipping options, the Russian Northern Sea Route is a far better choice logistically than the NWP. To wit, ships exporting iron ore from Nunavut’s Mary River mine prefer to head east through the Northern Sea Route rather than West through the NWP, even though the distance is longer. But it’s not a great route either, as the two dozen ships trapped in ice following an early freeze-up this November can attest.

Labour is another perennial challenge. The three northern territories are sparsely populated, with about 125,000 people across an area the size of Europe (and more than half concentrated in the three capital cities). Mines are more likely than not to be found away from communities, and much of the specialized labour needed to run them has to be imported from the South. Fly-in/fly-out models supply much of the workforce, and as the labour market tightens for southern Canadian construction and resource development, this will drive northern costs higher. Significant progress is being made in increasing the proportion of the northern and Indigenous workforce, but it is still a smaller pool to draw from.

The political and regulatory environment can be as risky as the physical one, with competing interests and often unclear or overlapping jurisdictions between Indigenous nations, co-management boards, territorial and federal governments. The lengthy timeline to get permitted, built and profitable is a deterrent for many investors. According to the 2020 Fraser Institute survey of mining companies, Yukon, NWT and Nunavut ranked 18th, 46th and 39th (out of 77 global mining jurisdictions) respectively in terms of investor attractiveness, and all have fallen in the ranks in the past five years.

Finally, there’s the weather. Climate change will not make the Canadian Arctic an easier place for outdoor work, or for equipment longevity and reliability. The temperature swings are extreme, and the conditions are frequently harsh. It is an expensive and challenging place for industrial activity; only the best deposits can justify the level of investment needed to succeed there.

Climate change may make some things easier and other things harder. But the real driver of Arctic resource development is and has always been commodity prices. If prices and returns can justify the investment, capital will be interested.

The contemporary narrative about an Arctic race for resources began around 2005-2010 when commodity prices were high and oil hit a stunning $140/ barrel in 2008. A ‘peak supply’ thesis attracted some oil companies to the region, but the shale revolution, leading the U.S. to become a net exporter of oil and gas, quickly made Arctic reserves unprofitable. Alaskan oil production has been declining for decades, Norway’s oil production is stable (and not particularly ‘Arctic’), and Canada and Greenland have moratoriums on offshore oil exploration. There is no Arctic oil boom – there is a Russian LNG boom, with some Russian oil growth.

Far from a boom, the commodities downswing phase since 2014 has had a chilling effect on Arctic economic development. GDP in the Arctic portions of the eight Arctic Council states (Canada, Denmark/Greenland, Finland, Iceland Norway, Sweden, Russia, United States) has been markedly lower than in the non-Arctic regions of those countries – 0.8 per cent versus 2.2 per cent average annual growth between 2012-2018. In Canada, while the Yukon and NWT grew at a slower rate than the rest of the country, Nunavut is an exception, with strong growth driven by iron, gold and silver mining, especially the huge Mary River iron mine that began operations in 2015.

If oil and gas have been a bust for northern Canada, mining offers incredible opportunities. Despite the high price tag – remote and northern mining costs are about two-and-a-half times that of southern Canadian mines – the anticipated demand for critical minerals to meet the requirements of the low carbon transition will be incredible. Because minerals are more geographically concentrated than oil and gas, there will be a need to develop a secure domestic, or at least friendly, critical mineral supply chain. Northern Canadian metals and minerals such as cobalt, graphite, lithium and nickel will be needed to replace fossil fuels for our energy needs.

If no Arctic boom has yet materialized, the policy response to climate change, and the concomitant need for vastly more mining, may well prove to be the trigger. Indigenous peoples and other northerners will need to benefit from and provide social license to such a dramatic increase in resource development. But the demand and the economics may soon make sense.

Three tips to keep your staff happy, productive and loyal