Chile is no longer a beacon of stability 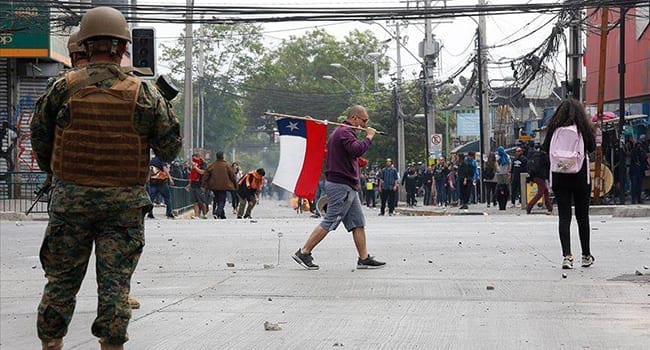 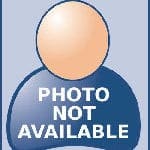 Chile has trade deals covering 65 markets and 88 per cent of world gross domestic product, including with Canada. Any change there can be a thorn in the side of global commerce.

Chile, the only South American nation in the Organization for Economic Co-operation and Development (OECD), is going through its worst crisis in recent history. Street protests over inequality and the cost of living exploded in early October. They have provoked an even steeper economic decline than the devastating 2010 earthquake. Political uncertainty has triggered capital flight and the Chilean Finance Ministry cut its 2020 GDP growth estimate by a full percentage point.

Chile’s reputation as a beacon of stability has crumbled. Its downfall as Latin America’s freest economy will be next if socialist activists have their way. They seek a new constitution that expands state control over pensions, natural resources, medical care and education.

The consequences would ripple across the globe. Half of the Chilean economy relies on international trade. And Chile is the world’s leading producer of copper and a major supplier of lithium, molybdenum, gold and silver.

For Canada, Chile’s fall from grace would be an economic and symbolic loss. Canada was the first country to sign a free-trade agreement with Chile 20 years ago. Since then, exports to Chile have quadrupled to a peak of $2.9 billion in 2017. Canada has invested $17.1 billion in Chile, the top destination of Canadian funds in all South America.

Canada and Chile revamped the Canada-Chile Free Trade Agreement (CCFTA) in February 2019, but anticipated benefits will likely fall short with an economy in decline and future of political institutions up in the air. In neighbouring Bolivia, Ecuador and Venezuela, constitutions driven by social justice were the beginning of their ruin.

Riots in Chile left more than 1,200 stores looted and $2 billion in losses. Around 300,000 residents lost their jobs and 25 people died. Astoundingly, the painful economic consequences and extreme violence were not enough to discredit the riots. Chilean socialists have convinced the public the country’s relatively market-based economy, made possible by the 1980 constitution, is the root of all evil.

Dissatisfaction was so severe, President Sebastián Piñera has agreed with opposition parties to hold a plebiscite in April on whether to rewrite the constitution. A non-binding consultation – in which 2.4 million Chileans aged 14 and above voted in late 2019 – revealed 92 per cent support for the reckless experiment.

The consultation also found Chileans’ top demands are for broader spending on and an end to private-sector involvement in pensions, medical care and education. Even though the current constitution provides for regular legislation to improve these services, it doesn’t satisfy the radical activists’ desire to turn Chile into an all-encompassing nanny state, à la Venezuela.

Expanding the number of constitutional rights sounds good but proponents never mention where the funding will come from. Inevitably, Chilean taxpayers will pick up the tab. A burdensome economic model for investors and businesses means even less wealth to redistribute.

In the same vein, protesters want the state to play a larger role in managing natural resources such as minerals and water. Ironically, green-energy regulations were behind the increase in public-transportation tickets that ignited the unrest.

Foreign-direct investment would be a major victim of this shift. Canadian companies in Chile are heavily concentrated in mining, water and gas.

Venezuela and Ecuador, chief exemplars of 21st-century socialism, offer cautionary tales regarding what happens when social-justice warriors succeed in rewriting laws. Rather than improve the quality of life, central planning and utopian mandates there have crippled entrepreneurship, employment, and trade.

Chilean voters would do well to reflect on the policies that have caused their own discontent. From 2014 to 2018, socialist President Michelle Bachelet increased corporate taxes by 30 per cent and banned the replacement of workers on strike. Public spending grew at three times the rate of GDP growth and the private sector came under more regulatory red tape.

In July, Chileans showed their disagreement with free trade during a non-binding plebiscite on whether to ratify the Trans-Pacific Partnership (TPP), of which Canada is a chief backer. Only six per cent of respondents favoured the agreement and 92.7 per cent opposed it.

This was the first time Chilean civil society showed strong resistance to a trade agreement and opposition to it resonated among protesters in the following months. As a result, the Chilean Senate decided to suspend a November hearing on the TPP.

If Chile foregoes this agreement, the nation’s trade with key countries such as Australia, Japan, Peru, New Zealand and Canada will likely plummet.

The rule of law, property rights and economic freedom combined in recent decades to be Chile’s key drivers of growth and prosperity. Today, its has socioeconomic indicators that are the envy of her neighbors.

The desire for a new constitution is settled, but voters can be smart and choose a mixed convention as the method to draft it.

A mixed convention – in which members of Congress and elected citizens each share half of the seats – brings together Chileans from two political moments: before and after the protests. This would give radicals less room to impose their agenda.

Properly applying checks and balances, legislators could uphold international law and trade agreements as starting points for the new constitution. Investors, entrepreneurs and liberal democracies, including Canada, would continue to trust Chile as a business-friendly nation in Latin America.

Chile’s openness to the world is worth defending and is a testament to the power of trade to overcome underdevelopment.

As misleading environmental reports go, this one’s a GEM 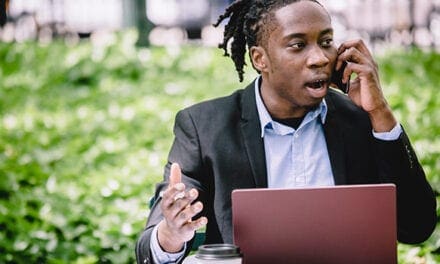 Three questions to ask when you’ve been disrespected