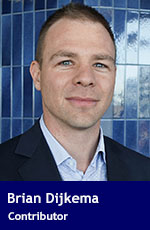 “I appreciate the need to protect the entire (charitable) sector to keep it resilient, to make sure that it thrives and doesn’t collapse and comes out strong after COVID-19 is over,” federal Social Development Minister Ahmed Hussen told the Canadian Press back in April.

It’s good that the charitable sector qualified for federal wage subsidies and has received other emergency funding.

But so far, there hasn’t been the kind of help that would set up this vital part of our society to thrive after COVID-19.

Taking the minister at his word – that he meant everything he said in April – there’s a simple way to turn his good words into concrete action: create a temporary dollar-for-dollar charitable donation matching program.

For every dollar someone donates to a Canadian registered charity, the federal government kicks in a dollar, too.

Over four months, that one action would unlock an estimated $2.5 billion to help the entire charitable sector by getting Canada’s donor base back into gear.

Half the money would come from Canadians directly, matched by half from the public purse.

With seven out of 10 Canadian charities reporting revenue declines, and charities laying off almost 84,000 full-time and part-time staff, that kind of cash injection would be a life-saver for the entire sector.

And the best part is that the federal government has already budgeted most of the estimated $1.25-billion cost for such a program.

Canadians aren’t contributing to charity nearly as much as they would during normal times. We can blame the economic downturn, job losses and uncertainty during the pandemic for that.

Lower charitable donations mean Canadians are making much less use of the federal charitable tax credit for 2020. How much less?

Based on a new analysis by the think-tank Cardus, it’s reasonable to expect a 33 per cent drop in the use of the tax credit.

That would result in an estimated savings of a little more than $1 billion for the federal treasury.

So the unbudgeted cost of a dollar-for-dollar donation matching program would actually come out to less than $250 million.

So a temporary dollar-for-dollar donation matching program is affordable.

It’s also necessary for the long-term health of the charitable sector.

Such a program doesn’t play favourites with charities based on their activities, size or location.

Canadians who donate drive the donations, after all.

And the administrative cost is extremely low.

There’s no extra paperwork, no time-consuming reviews by civil servants, and not even fancy media events and announcements.

Previous research has shown that donors are about 20 per cent more likely to give if they know their dollar will be matched.

And where matching funds are available, when donors do give, they bump up the size of their contribution by around 20 per cent. So instead of giving $100 to charity, they’re more likely to give $120.

With a matching program, that contribution becomes $240 for organizations that help with things like mental health, getting refugees settled in Canada, and providing daily meals to those who are down and out.

What’s more, the research shows that the jump-start in giving lasts well beyond the end of the matching program.

So federal government action today would provide more than just immediate relief. It would also establish a strong foundation for the entire charitable sector as Canada rebuilds after the COVID-19 crisis.

That’s exactly what Hussen said he wanted back in April. And he was right to say so.

With an affordable, easy to administer, democratic and effective policy like donation matching, he has the opportunity to turn good words into good action.

Brian Dijkema is vice-president of external affairs at the think-tank Cardus.

Liberals must stop their attack on social media free speech