Avanti Energy Inc. (TSXV:AVN) (OTC:ARGYF) has assembled an expert team of former oil and gas employees, including eight people from the former Encana Corp. Several of those employees were part of the team during the early stages of the discovery of the Montney Formation, one of the premier natural gas formations in North America, and now they’re leading Avanti Energy to new discoveries of helium reserves. 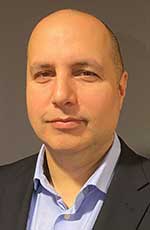 “One of the advantages of bringing people together from one company is that we know how they all fit together,” stated Chris Bakker, Avanti Energy’s CEO and director. “They all love working together. There is not a week that goes by where people don’t get excited. As much as there is a similarity to oil and gas, it is also brand new.”

Helium is usually found deep in reserves and traps in abandoned oil and gas wells. Avanti Energy is focused on the discovery, development and production of helium. Avanti has leased 7,000 acres in southern Alberta and is negotiating with landowners for another 12,000 acres in Montana.

Recently, Avanti Energy acquired a licence from the Alberta government to lease another 2,500 acres. The property has a high prospective for potential helium extraction. Numerous wells have displayed enriched helium of up to two per cent (commercial helium varies from .3 per cent to one per cent) with a high nitrogen content of approximately 95 per cent. The high concentration of nitrogen is often associated with producible quantities of helium. These wells could contain up to $100 million worth of helium.

Helium is a noble gas, the second most abundant element in the universe. It’s a non-toxic, non-flammable, inert gas. Its cooling properties (-268.9C boiling point) are necessary for resonating magnets in MRIs and cooling high-tech equipment. It’s used in computers, mobile phones, airbags, microscopes and numerous other products. Amazon, Google and Netflix are big consumers of helium, using it to cool their data centres. The potential uses for helium seem infinite.

“People think of kids’ balloons, and for many people it stops at that,” said Bakker. “There is a misunderstanding that needs to be corrected, and we are trying our best to bring that message to the public. Canada added helium to its critical minerals list. With recognition like that, I think the public in the next few years will start to understand just how important it is.”

Avanti Energy is forging ahead, making new helium discoveries. And as the company grows, so will its workforce.

“The number one thing Alberta has is an extremely talented workforce,” Bakker said. “All that talent is still here, and our ability to move those skills and people is a tremendous opportunity for us.”

Saving the planet from climate disaster, one bite at a time

Trial by tweet: heads drop in the basket without trial