Any unwanted abortion is a tragedy 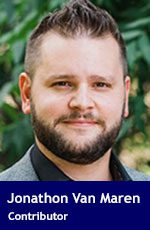 The 2021 Canadian election has begun, and that means that Prime Minister Justin Trudeau is talking about abortion. This isn’t primarily a tactic to rake in new votes; Trudeau’s team knows that solidly pro-abortion voters are already voting Liberal, and the ambivalent majority doesn’t make it a ballot issue.

But pushing abortion at home and abroad does make Erin O’Toole and the Conservative Party’s strategists deeply uncomfortable because endorsing abortion turns off a key segment of the base. Opposing abortion in any way, on the other hand, allows Trudeau to prophesy about the Hidden Agenda that Stephen Harper never used and thus is presumably stored safely somewhere in bubble-wrap.

Thus, Trudeau’s baiting has begun. He even brought up abortion during the announcement on his national childcare plan, perhaps simply to be provocative. (Jagmeet Singh, not to be outdone, introduced NDP candidate Clare Hacksel, the executive director of an abortion clinic and an advocate for more late-term terminations.)

Despite being staunch opponents of privately funded healthcare, the Liberals have been pushing New Brunswick to fund a private abortion clinic, even withholding healthcare transfers to make this happen. Trudeau’s Health Minister Patty Hajdu also announced a $366,000 grant to the University of New Brunswick to, as the CBC noted, “research challenges women face accessing surgical abortions in the province.”

Have you ever noticed that pro-abortion politicians simply assume there are many unwanted babies but no unwanted abortions? The Abortion Rights Coalition of Canada – run by Joyce Arthur, who could not be more extreme on the issue if she tried – published a paper in 2018 titled “Why Women Have Abortions.” One line, in particular, jumps out: “Many women state they ‘have no real choice’ as they do not have the financial resources to support themselves and a child.”

Consider that for a moment. Abortion is an awful and final choice. Honest pro-choice people once admitted that abortion is an incredibly significant and often difficult decision. Yet, according to Canada’s most radical abortion-rights group, many women getting abortions in Canada are not doing so because they do not want their babies, as Justin Trudeau, Jagmeet Singh, and their progressive friends assume. They are getting abortions because they believe women “have no real choice.”

The ceaseless fight to get more abortions to more women, then, seems to simply further facilitate this choice women don’t want to make. Perhaps politicians should ask women what they actually want?

And since neither the Prime Minister nor the NDP leader appears likely to do so, perhaps the Conservatives should?

Justin Trudeau is willing to give hundreds of thousands of taxpayer dollars to a university to research how to ensure that more women have greater access to a choice that many of them do not want but feel pushed into. He is doing so based on the assumption that more women always want more abortions, and also with the cynical calculation that if his political opponents do anything less than vociferously support his donation of taxpayer dollars to the cause of more abortions, he can warn the public that the Conservative Party is packed with women-haters.

But perhaps instead of running away from the question, as Andrew Scheer did, or insisting that he is also very pro-choice, as Erin O’Toole did this week, it is time for pro-life politicians to consider another tactic. What if, in response to Trudeau’s announcement, the Conservative Party made an announcement of its own: that they would commit a similar amount of money to determine why women are having unwanted abortions and what can be done about it?

It could be called “The Real Choice” initiative or something similarly snappy. I’m sure the guys in O’Toole’s comms shop could come up with something.

This would accomplish several important things. First, such research is actually needed. Can you think of anything more tragic than women getting abortions they don’t really want? We should determine why this is and what alternatives can be provided. Second, it allows the Conservatives to discuss the issue without talking about “choice,” thus eliminating the primary talking point of progressives. This aspect of the issue isn’t about choice – it is about all those women that, according to the Abortion Rights Coalition of Canada, feel they have no choice.

It is not about abortions – it is about unwanted abortions.

Justin Trudeau prides himself on being a “resolutely pro-choice leader,” and abortion has not been a peripheral issue for him. He’s nailed down wide planks in the centre of his platform. But what does being “pro-choice” truly mean when many Canadian women feel they have no alternatives? If the Canadian government – and the Prime Minister – insist on funding the abortion procedure but ignore the desperate need for alternatives, they reveal their true hand: They are pro-abortion. Abortion, to them, is a political game, and women are its political pawns.

Why else would they simply presume that there are only unwanted babies and no unwanted abortions?

The Conservative Party needs a way to discuss abortion without falling into the trap Trudeau is attempting to set for them. They could do so if they instead spring his own trap on him. As a pro-life activist, I’ve talked to thousands of women about abortion in Canada over the past 10 years, and I can confirm what the Abortion Rights Coalition of Canada reports: huge numbers of girls and women who have had abortions did not actually want them but felt, for a wide range of reasons, that they had “no real choice.”

As a pro-life person, I know that abortion is the destruction of a developing human being, and a civilized society would not permit it. But surely, even pro-choice people would agree that an unwanted abortion is a tragedy.

Perhaps we can start there.

Jonathon Van Maren is a writer and public speaker with bylines in First Things, National Review and The American Conservative. He is communications director for the Canadian Centre for Bio-Ethical Reform.

Manitoba politics are invasive and expensive

Managing your investments over the short and long terms

Focus on getting aid to families in need