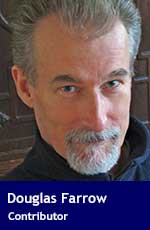 I’m sorry to be so frank to a man whom I admired for a long time and from whom I expected good things.

I confess that in younger days, when shuttling between the Kootenays and Calgary, I thought of Albertans mainly as people who cornered too slowly on mountain roads. But I learned, partly from you, that I must think much more of them than that.

At the moment, however, I’m struggling to make sense of your driving. You seem to be spinning your limo in circles, making us all dizzy.

Back on May Day, when “Alberta is open for business” reverted to “Alberta is in lockdown,” I made a few notes to myself. By your government’s figures, there were active COVID-19 cases – not to be confused with sick people, though a few sick people there were – in every provincial zone, at a testing proportion of 10 per cent. Of those who had positive PCR results (which aren’t worth much in real terms), there were only 2.9 per cent in care and 0.7 per cent in intensive care. Of these, the vast majority were elderly or suffering multiple comorbidities.

Some 60 per cent of deaths in the province had taken place inside long-term care units – where, as we are now discovering, malicious, even murderous, protocols were used in some jurisdictions (not in yours, I hope) at the very outset of the pandemic – and most of the others who died were also in the advanced-age category.

Your government – which by then had more than a year to create additional intensive care facilities it might need, at far less expense than lockdowns and with none of the collateral damage – had not done so, despite constant fussing about overwhelmed hospitals that (again by your own figures) were not actually overwhelmed.

Instead, it determined that Alberta must rejoin the parade of provinces that, rather than quarantining those who are genuinely sick, preferred to quarantine everyone: an oxymoronic notion, medically and tactically absurd, as others pointed out to you. Moreover, Alberta would persist in its draconian efforts to suppress resistance and incarcerate its leaders.

What was true in Alberta was also true here in Quebec, where I followed the official numbers even more closely. The choice not to expand ICU capacity dramatically had obvious implications in both places. Either the government didn’t really believe it was necessary, in which case it was lying about the severity of the COVID threat; or it supposed the withdrawal of civil liberties, the lapsing of routine medical care, and the destruction of the economy more tolerable than allowing that those extra beds might be necessary; or it was working to some different agenda altogether.

The first and the third of these options are fully compatible, of course, while the second simply beggars belief. The low mortality rate, the categories in which deaths were occurring, and the futility – nay, the destructiveness and brutality – of the “emergency” measures being taken convinced me that the third required much more attention.

Summer arrived and the inmates of Alberta’s provincewide quarantine camp soon received back from your government a few of their rights in the form of temporary privileges, though you didn’t call them that in your Open for Summer program. Autumn is not quite here and those privileges are already being withdrawn. My May Day musings thus became Labour Day musings, which suggests a review of the statistics.

I don’t need to tell you that people do tend to pass away in their 80s, if nothing takes them earlier. I’m sure I also don’t need to tell you that in Canada for many weeks now the COVID mortality rate per 100,000 people has been sitting at or near zero. In other words, almost no one is dying, directly or even indirectly, from COVID. Meanwhile, more than 70 per cent of Albertans over 12 years of age are fully vaccinated.

But there’s the rub. The active case number has dropped nearly 40 per cent, as one would expect over the summer, while serious cases requiring hospitalization and sometimes intensive care have come down by more than 20 per cent. The general infection rate is relatively stable. Most who are infected barely know it, if indeed they do know it. What will happen this winter remains to be seen.

Why then this latest 180-degree turn?

I will tell you why, or at least I will tell others why. It’s necessary in order to obscure the fact that the so-called vaccines are having very little positive effect and, as evidence from elsewhere suggests, may even be having a negative effect. Negative not in the sense that they are capable of producing serious adverse reactions and deaths even among those who were not at risk from COVID – something governments can’t deny but are not keen to admit – but rather in the sense that they don’t work very well at preventing infection and, in the most vulnerable, suffering or even death. When the numbers climb again in the winter, this will become apparent even to those who have not yet noticed.

Those who were paying attention already suspected that. The much vaunted 85-to-95 per cent risk reduction from early studies of certain of these mRNA treatments was only relative risk reduction; absolute risk reduction was closer to on per cent, since most people aren’t at risk in the first place. But even the former holds good only for a few weeks or months, unlike naturally acquired immunity, which ordinarily is good for life.

Hence the need for regular booster shots, of which the authorities were aware from the outset. Did Prime Minister Justin Trudeau not order or take options on supplies sufficient to jab each Canadian 10 times? In point of fact there’s no such thing as being fully vaccinated. There’s only such a thing as having been jabbed as often as presently demanded.

What we didn’t know when orders were being placed is how much damage these jabs would do to their recipients. We know more about that now and the statistics aren’t at all pretty. No other product has ever survived such adverse event numbers or been deployed anyway with such determination, such desperation – despite the low fatality rate of the pathogen. And there’s much yet to find out about their long-term effects, as people are herded back into the clinics and cubicles every few months for yet another booster to their newly acquired artificial immune system.

But all this must be covered up. Statistics aren’t being properly kept and where kept aren’t being properly disseminated. Some hospitals are changing referrals that mention possible vaccine injury to elide that preliminary diagnosis. Autopsies that ought to be done aren’t being done. Into the urns symbolically present on Alberta’s statistical summary page all that evidence disappears for good. Emergency workers, nurses, physicians and specialists who insist on pointing out vaccine injuries, or who refuse to be vaccinated, are being disciplined or dismissed. Others, after honest questioning, are bemused to the point where they hardly know what to think or say.

You, I now see, have resorted to the most calumnious of coverups. You’ve taken up the narrative that was prepared for just this eventuality and is now in use internationally. You have scapegoated the unvaccinated, especially the young, as if they were the source of all these problems and as if their very existence justified your harsh actions.

This narrative that we now face “a pandemic of the unvaccinated” is based on no science whatsoever. It’s evident in still more highly-vaccinated countries, from Israel to Iceland, that the virus spreads among and between the vaccinated. But by incessant propaganda, by coercive measures, by cash awards such as you’ve just announced, the prospect of overcoming this coronavirus as we overcome others – by weathering the storm through robust natural immunity – is disappearing.

At some level, there seems to be a general inkling of that. Why otherwise would people remain so fearful?

Of the primary means now being deployed to coerce vaccination, the so-called vaccine passport, it’s quite obvious that the whole exercise, from start to finish, has as its goal the passport system. That’s why it has been pedal to the metal and the wheel hard left on this dizzying drive.

Recently you began introducing Albertans, very coyly, to the idea of a QR-coded society and a passport system.  You are, I fear, being quite disingenuous by suggesting it will be voluntary, provided only for those who want it. You aren’t leading Alberta down any other path than the one being taken by your counterpart in British Columbia, by our prime minister, and by the premiers of Ontario and of Quebec, which is well out in front of you.

Let Albertans query you very carefully on that! But I too have some questions for you.

In your province, as in B.C., a few deranged or hateful people have responded to misinformation about the residential schools by burning churches. To your credit, you have called that out as a completely unacceptable response. Yet you have threatened to come after the unvaccinated, in as yet unspecified ways. You’ve already defaced dissenting churches with fences and locks. You’re standing by while people lose their liberties and livelihoods. What kind of example are you setting? When the scapegoating gets out of hand, when people start vandalizing or burning the homes or churches of the unvaccinated, will you accept any responsibility for that?

Whatever the real reasons for the growing tyranny in the West – pandemics, through which many of us have lived before, are not the reason but only the excuse – we would like to be told honestly about them. We would like to have a hand in shaping solutions to the problems that tyrants and technocrats think they alone should solve. We would like to be at liberty to get on with our lives as best we can. We wish to be free.

Mr. Kenney, what I say to you I say to all our political leaders: Your policy doughnuts on the tarmac of our daily lives are an outrage for which you will be held accountable. Don’t mistake us for fools. Not only do we grate at the damage you’re doing us, we recognize that a smokescreen is being laid down for something vastly more troubling than a mere coronavirus.

Douglas Farrow is professor of Theology and Ethics at McGill University. He writes here for the Haultain Research Institute.

Stalin, Hitler and the fatal mistakes of Operation Barbarossa