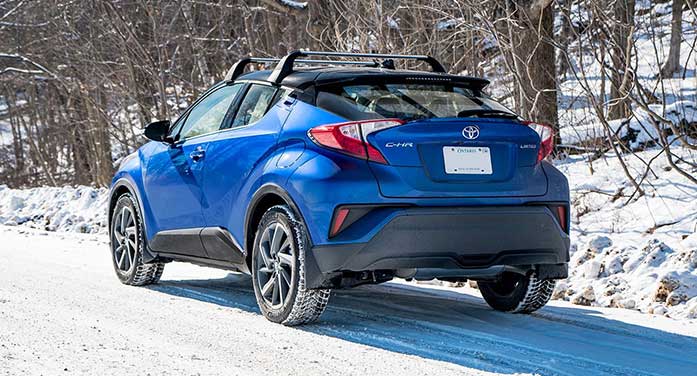 An otherwise nicely engineered subcompact SUV, the 2021 Toyota C-HR suffers when it comes to mountainous roads, so often traversed in western Canada

If you’ve ever driven in southern British Columbia, chances are you’ve spent some time on the Coquihalla Hwy, also known as Hwy 5. Constructed to coincide with Expo 86 in Vancouver, it’s a spectacular stretch of road, soaring over the coastal mountain range from Hope to Kamloops, with Hwy 97C branching off at Merritt, taking you to the Okanagan.

This last stretch is a steep climb, regardless of what side you start on, and sorely tests cars and trucks. It’s an unrelenting uphill slog for at least 100 km on either side, climbing to about 1,700 metres at Pennask Summit.

When it was opened in 1990, the Peachland connector was the bane of truckers because of its merciless elevation changes. It remains a challenge. The Peachland side of the highway is particularly daunting.

It also brought out the shortcomings of an otherwise nicely engineered subcompact SUV that I recently drove: the 2021 Toyota C-HR.

One of the numerous members of the ‘sport cute’ breed, the C-HR ticks most of the boxes in this market segment.

Alas, it comes with a continuously variable transmission (CVT), which is its undoing.

The C-HR is offered in three trim levels and is powered by a 2.0-litre four-cylinder engine that develops 144 horsepower. It’s mated to a CVT only and seats five, with just over 1,300 litres of storage space with the back seats folded down.

It falls into the subcompact crossover segment of the market and comes with front-wheel drive. It has a combined fuel economy of 8.2 litres/100 km.

My test Limited model also had optional leather upholstery, which was kind of nice.

For its size, the C-HR is practical, usable and easy to get along with.

Except for the CVT. I’m not a fan of these things at the best of times, but this one is particularly poorly thought-out. On long highway mountain climbs, the engine management system is continually searching for optimum RPMs to keep the vehicle up to speed. That results in engine surging but no discernible change in forward momentum.

The engine continually increases its revs by up to 1,000 RPM, yet the car doesn’t go any faster. It’s especially apparent on long climbs like those out of Peachland and can’t be good for the drivetrain – incessantly revving and hunting for optimal performance without finding it. 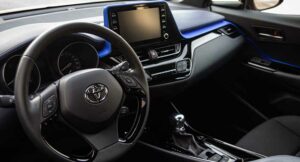 And when overtaking or accelerating from a dead stop, there’s virtually no drop down, and it takes the CVT a few moments to get itself together before the power comes on. For example, when you overtake a large truck, it feels like you’re driving a car with a slipping clutch.

A conventional planetary-style gearbox immediately drops down a speed to grab extra torque and RPMs from the engine – a passing gear. This CVT doesn’t do that and makes highway driving more of a chore than it should be.

For me, it would be a deal-breaker and mars an otherwise nicely designed and driver-friendly vehicle.

In virtually every other way, the C-HR ticks all the boxes, except for one other minor gripe: no cup-holders in the doors. This isn’t a large vehicle and needs all the storage nooks and crannies it can get – again, long-distance driving brings out this kind of stuff.

Message to Toyota: get rid of the CVT and put in a conventional gearbox.

What you need to know if you’re selling your business

Will fans stay loyal as the Blue Jays rebuild?

Screwed up? It’s okay to be honest