There comes a moment when the doubt disappears and the panic sets in.

For one retired executive, that moment came in January 2015 while he was driving his car to pick up a book at the library near his home in the Vancouver suburb of Surrey, B.C. As he was heading to his destination, he suddenly realized he could not remember where he was going and what he had set out to do.

“I was panic stricken,” he admitted at the time. “I didn’t want to admit to anyone what was going on.” At just 58, he had already suspected that he might be experiencing early onset Alzheimer’s. In fact, he had raised the prospect with his family doctor a couple of years earlier, but neither had acted on his hunch. After all, he was too young.

Instead, he developed increasingly sophisticated ways to mask his failing memory. When he forgot where he was going with his wife, he’d simply ask her how she’d prefer to get to where they were going. Her answer was often enough to get him out of his bind.

But the signs became increasingly overt as time passed. After retirement he had established a communications firm that flourished because of the connections he had developed over two-and-a-half decades in the airline industry.

But, in recent years, his clients started to drift away as his concentration slipped – and he eventually was doing almost no work at all.

The day after his diagnosis, he found himself in an MP’s office in Ottawa – but couldn’t remember the politician’s name or even his party affiliation. Not long after, despite a career in the airline industry, he found himself lost in a mid-sized Canadian airport.

Even with such tell-tale symptoms, diagnosis took time. At one point, one specialist questioned the tentative diagnosis of dementia, saying, “You don’t look like you have Alzheimer’s disease.”

“I wasn’t sure how I was supposed to look,” the executive said.

Diagnosing Alzheimer’s disease is complicated by the range and variety of dementias – including vascular dementia, frontotemporal dementia, Lewy Body dementia, Creutzfeldt-Jakob disease, Alzheimer’s disease and normal pressure hydrocephalus. Doctors must use a broad array of diagnostic methods over time to ensure an accurate conclusion.

Many Canadian doctors think that since you can’t cure or slow the progression of dementia, a clinical diagnosis is less important. But delay in diagnosis means that people don’t get the right care.

It is estimated that 70,000 Canadians younger than the age of 65 – even in their 40s and 50s – are affected by dementia. Yet less than 25 per cent of Alzheimer cases in Canada are diagnosed and treated.

Many people avoid seeking help because they are embarrassed or afraid. But today’s medication helps keep you functioning at a reasonable level, a lot better than going undiagnosed for a long period of time and missing out on life.

The executive did everything in his power to delay the relentless march of the disease, including an enriched diet, daily exercise, and a rigorous course of medication. He also gave up driving and put his legal and financial affairs in order.

Detecting early, he said, helps you to take control of your future, a big benefit to your care partner.

For the caregiver and supporting family members, early diagnosis allows them to access information, resources and support.

“Without a diagnosis, caregivers can become frustrated, irritated and angry because the person they love is changing in a way they do not understand,” said Alzheimer Society of Canada‘s Mary Schulz. “When there is a diagnosis, they can seek appropriate support and learn about strategies that can help maintain as high a quality of life as possible for everyone involved.”

A message from our Editor

An aging Canadian population and smaller families, combined with reduced health and social care budgets, mean the challenges of providing care to seniors will only worsen. Legions of families are buckling under the emotional, physical and fiscal burdens of caregiving. These pressures will be exacerbated by growing numbers of people living with demanding health challenges such as dementia, with fewer and fewer people to take care of them. The natural web of caring that so many of us take for granted is at risk of unravelling. Troy Media’s Family Ties examines the issues facing caregivers and the health-care system in general and seeks solutions. If you would like to see more stories on caregivers let us know by contacting us at familyties@troymedia.com.

Nothing in life is simple any more 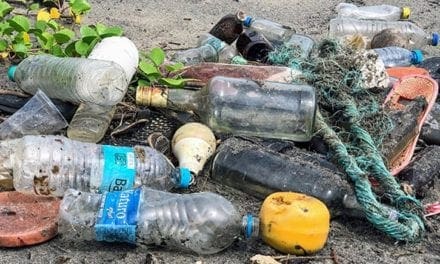 Why have we become a nation of litterbugs? 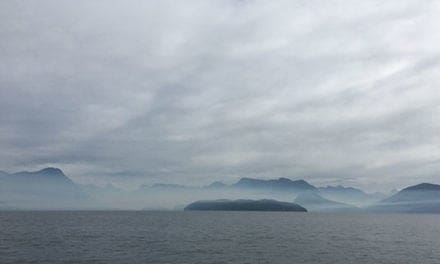 Smoke gets in your eyes – and spoils your plans